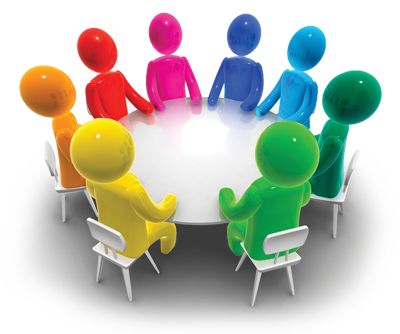 Ok, grammar commissars, put a new sheet of paper in your Royal Portable and make sure you have enough carbon paper.  This one is going to provoke a torrent of hate mail.  And what better than an antiquated machine to write it on. Or with which to write it.


It’s time to consider an amendment to the Grammar Constitution. It would make life easier for anyone who has to write anything about a group of three or more in which not everyone is male.


Convention dictates that we use “he” or “his” when referring to a mixed group.  “Each steamfitter must bring his own wrench to work.” But these days, ask Ms. B of the west coast whether every steamfitter is a “he.”  (Hint, she’s one and be warned: don’t mess with her.)


In an age where there are people who identify as men, women, fluid-gender, transgender, gender curious, gender experimenter, and countless variations of gay, bi or lesbian we need to reflect on the way people self label.


Most workarounds thus far are awkward. “S/he is sure to get a summons for running the red light.” This is an academic-created band aid.  It looks awkward on paper and it’s impossible to make yourself clear by pronouncing it anything but “she,” and that’s misleading.


For awhile, professors of prissiness and high school and middle school English teachers wanted it pronounced “sss-he.”  But that sounds like a snake about to sink his or her fangs into the speaker.


Slightly less annoying but wordy enough to break the flow of any sentence is “he or she.”  “He or she is sure to get a summons…”


So as we build toward the climactic case for “their” we can say “If you speed, you’ll get a ticket.”


How about “every steamfitter should bring their own wrench?”  We do it in polite conversation. We do it when talking about couples: “A couple of old sailors own the boat. They bought it…”  “The happy couple’s  honeymooning in Bermuda.  They’ll be staying at …”


Technically, a couple is an “it,” a collective singular.  But who would say “The happy couple is honeymooning in South Bend, Indiana. It got on a flight this morning?”


The pacesetter of US grammar outside the classroom, the Associated Press Stylebook, recently declared “we don’t use masculine pronouns as the default.”


Is this just political correctness run amok?  No. It’s a matter of adjusting the language to circumstances.  This space has long opposed modern “descriptive” dictionaries.  Prescriptive -- if you can find one -- still rules the language, or should.


But language does evolve and once Miss Grundy gets over this part of evolution and becomes Ms. Grundy, English teachers across the land will likely stick to their he-man ways or risk being branded a traitoress.
English English on which our language allegedly is based has long gotten around this.  And if those Veddy Proper Brits can do it, so can we.


“British Airways are buying 10 short haul planes from Cessna.”  They really aren’t. But if they were, that’s how they’d announce it.  “The couple are honeymooning in Scotland.”


TODAY’S QUOTE:
“Brexit was the stupidest thing ever.  But we trumped em.” --Mike Bloomberg.