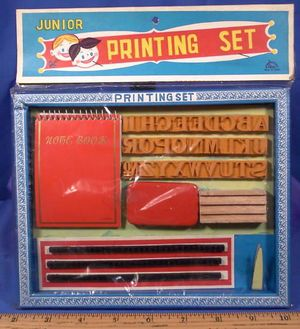 The people who put out printed newspapers and magazines are in trouble and that’s no secret. The conventional wisdom is no one’s found a way to make up lost sales via internet subscriptions and advertising.


As is often the case, the conventional wisdom is wrong.  But there’s a catch.


They need a squad of useless people and people they can push around to make themselves feel meaningful and in control.


Most papers and magazines have that dummies part down pat. It’s the other part that seems to stump them.


But now there are a few templates they can follow.


The Washington Post and the Boston Globe have gone private.  The Globe is a fine regional paper. The Post is fast resuming its stature as a fine national paper.


The secret they share?  Owners who don’t need the money and will spend their way to profitability. The New York Times has been private for more than 100 years, even though they’re technically a public company with stockholders.


New York Times stock is meaningless and pretty much powerless except for the subclass held by the ruling Sulzberger family.


The Dogpatch Gazette can’t compete on that level, but it can compete.


The Boston Globe went after the Church of Rome and uncovered the boy-priest scandal.  The editor at the time has since moved to the Post and now has set its sights on the Jamaica Estates Crime Family.  And people in Dogpatch are starting to notice.


None of these papers gives it away.  They don’t have to.  They’re filled with stuff people want to read and who DO read.


It’s fine to cover the Dogpatch Kiwanis and the top athletes of the week.  It’s fine to write about new restaurants opening even if no one bothers to review them.


But there’s always something going on in government that warrants public attention but the first position to be eliminated usually is the investigative reporter.


Juicy stuff doesn’t have to be sensationalized.  It just has to be juicy.  Like the district attorney who is sleeping around and communicating ex parte with sitting judges while they’re on the bench.


Someone somewhere in your town likely is on the take for something.  It’s a strong probability because it happens all over.  The tricks are knowing who’s taking what and then proving it.


There’s dirty money in politics everywhere.  Follow it. (Neither Woodward nor Bernstein ever said “follow the money” and neither did “deep throat” but they put it in the movie and everyone thinks it’s fact.)


So follow it.  It always leads to someone who doesn’t want you to know about it. Always.


Transportation is big news everywhere but there are few reporters dedicated to the problems and projects.


Land development almost always comes with a component of exchanged value.  Don’t think it doesn’t happen in your town. It does.


Let’s hear it for Deep Throat and Deep Pockets, Deep Thoughts and let’s work our way out of deep despair.


The latest scores from Dogpatch U sports.  All the ham pot pie dinners … rescued cats and on Wednesday, the Sermon Roundup, the best of last Sunday from each of our 53 churches.