Who is saying goodbye in colloquial Australian?  Well, not who, but what. 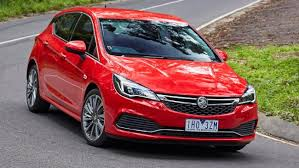 By the time you see this, Australia’s last home grown car will have rolled off the production line in Adelaide.  It is the last car factory in the land of Kangaroos and Wallabies and Waltzing Matilda.


Holden is a subsidiary of General Motors. It produces Chevy- like cars with tougher bones and a prettier face.  You’ll rarely see one on an American road, and if you do, you’ll think “hey, they put the steering wheel on the wrong side.”


Australia drives on the left, something that they held over from the era of British rule.


Australians tend to overlook that GM thing.  The car was born in the same factory in which it died.  At one time, half the cars in Australia were Holdens.  Having one was a matter of national pride.


Now, in a world of global trade and shrinking tradesmen, Australia will have to rely on imports and they’re not liking it.


Ford had a factory there for more than 90 years.  Toyota put down roots more recently. Both gone.


Currency values, relaxed trade and so forth have a lot to do with the plant closings.  It’s complicated. Too complicated for a simple explanation here.  The bottom line:  not enough in the bottom line. It’s cheaper to import and relabel.


And the horror show of politics also stains the decision.  Lefties say additional subsidies would have allowed production to continue.  Righties say they’ve put plenty into the company already.


Here in the US, we’re used to subsidizing.  Most recently, GM and Chrysler got a heap of government help.  But our car building dwarfs Australia’s and the ripple effect here would have been economically catastrophic had there not been what conservatives call a “bailout.”


The bottom line also is the loss of 900 high paying jobs at the Adelaide factory.  There will be new “Holdens.”  They’ll be made in Germany.  They will be decent cars.  But it’s just not the same.


--A local personal injury lawyer does his own commercials, never a brilliant idea.  But where he used to be photographed standing, he now more often sits.  Do you suppose he’s been in an accident?

Please address comments to wesrichards@gmail.com
All sponsored content on this page is parody.