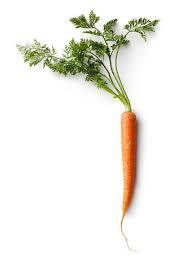 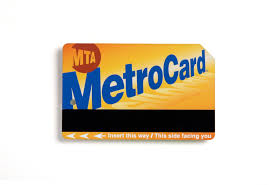 
1.
Starting in September, the cafeterias in New York City public schools will observe “meatless Mondays.” This is the latest Big Idea from Mayor Bill de Blastoff struggling mightily for something to talk about as he seeks reelection as a Democrat in the most heavily Democratic Party major city in the country. His chances are iffy which isn’t hard to believe.


Appealing to the vegetarian crowd would better be served by offering meat alternatives five days a week. Also: Ask any school kid about cafeteria food.  Yes, for many, their best meal or meals of the day will be what they eat at a school breakfast or lunch.  But most of what’s offered can be described only as Virtual Food.


If you ran a restaurant serving clones of these meals you’d be out of business in two weeks. Maybe less.  But there’s little chance of one opening.  Unless some bright entrepreneur finds financing from someone who didn’t attend school here.


2.
New Yorkers yuck it up when we hear that New Orleans sits below sea level. We ask what cement head would build a city that’s guaranteed to flood?


But New York is a city by the sea.  And even though we all know that global warming is a myth promoted by scientists who were bullied as children and trying now to bully back, New York is at risk.


The ice cap is melting.  Not all the way. At least not yet. And even though we know your car and your barbecue and your coal fired power plant are not at fault, the ocean is likely to rise.


So those seditious science phonies say instead of a catastrophic flood every 500 years we’re likely to see the interval reduced to five.


It’s a conspiracy. The building trades and the MTA are conspiring to get more money, tax breaks, etc.  You think that’s going to work? Of course not. It’s all about the corporate government complex trying to scam you into stricter construction laws and the city looking for revenue, legal or fuzzy.


3.
The city is finally admitting the failure of the MetroCard, the quirky, fragile easily lost slip of plastic that replaced subway tokens which had replaced actual money.  The MTA is experimenting and running trials that require either debit or credit cards with chips and smartphones with Apple or Android pay apps.


America laughed as Hillary Clinton tried to use a MetroCard to get through a turnstile during the 2016 presidential campaign.  But to paraphrase her husband, we felt her pain.


The transit authority has had since 1992 to get this stupid thing to work right.  It got to the point that City College offered free courses in how to use the thing. Private health clubs gave courses in exercises to develop right arm dexterity sufficient to get that swipe motion right the first time.


No known MetroCard user has had 100% success because the company that built the computers that run the system is the same one that builds video slot machines.  The house always wins.


Anyone believe the replacement system is going to be any better? If so, we’ll buy you Monday lunch at  the PS 150 cafeteria.