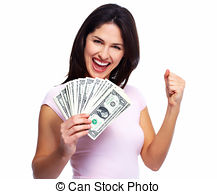 Francy’s not her real name.  But she hides behind it because she’s the only known woman loan shark in town.  She calls herself a financial adviser.  But the best advice she can give a client is “try out those new Kevlar knee pads.”

Thus, she tries to protect her customers from the collection agents she hires when a borrower gets a little underwater with his payments. That way, when her collection representatives take a Louisville Slugger to a guy’s knees, he can get the daylights scared out of him, but without permanent damage.

“I broke the glass ceiling when (redacted)  put me on the street.  But as a woman, filled with maternal instinct I want to protect my guys.  To a point.”

What is the point?

“Well, it’s hard to pinpoint.  But sometimes a lazy borrower can go so far that we have to take stronger action. I don’t like it.  But…” she trails off.

Francy is a leading expert in the field of people with bad credit.  “We don’t do I.D. theft,” she says, “our customers don’t usually have much of a credit rating.”

Time was she could hack some welcher’s account and drain it.  But these days, it just doesn’t pay.

Francy doesn’t look like a computer nerd and in fact she’s not.  “My oldest kid is 13,” she says.  He’s training my six year old daughter. They do the hacking.:

Kids go to juvie, not to the Big House.  Easier on the family.

In the old days, a woman like Francy would train her kids to shoplift.  But this is the 21st century, after all. And there are spy cams everywhere.  It’s not easy to get out of Bloomingdale’s with a decent haul nowadays.

“We’re trying to make a deal with the Russians” she says.  “They have these neat poisons and you can sidle up to a deadbeat, and he dies like Stalin of a brain hemorrhage” and your average coroner can’t find any trace of the poison.  We don’t want to hurt them, we just want them dead,” she adds.

There aren’t enough free agent Russians with poisoned umbrella tips available these days.  Most of them are finding easier work for public officials in Washington and on Fifth Avenue.

“So sometimes we have to resort to old fashioned methods.  You know, like choke holds or kneecapping. We know everyone with the Kevlar knee pads because they bought ‘em from us.  So now you need three guys for the job: two to hold the client and one to unwrap his knees.”

Francy loves the idea that someone hacked the credit bureau. It drives customers to her corner of the local Starbucks where she holds forth most mornings from about seven o’clock until the lunch rush.  After that, there are too many potential witnesses.

But that’s one of the few bright spots in her trade these days.

She points out:
-Even though payday loans are illegal in many states, there are still plenty of active lenders and their labor costs are pretty low because they don’t have enforcers.

-There’s unfair competition from the banks which charge interest only slightly lower than hers and which operate legally.

-There’s unfair competition from the credit card companies most of which have lower rates, smaller payments and legal status.

-In hurricane ravaged areas of the south and the Caribbean, the government is likely to supply low cost financing to people it might ordinarily abandon to die. Well, maybe not in the Caribbean.

-Bail rates are going up.

Pity the downtrodden loanshark
Whose burdens are many and big.
Don’t ask for more time
That would be a crime.
And don’t be behind with the vig.