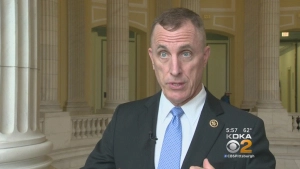 Murphy’s law says if something can go wrong, it will.

And then, there’s congressman Tim Murphy from the suburbs of Pittsburgh.  Yeah, that Tim Murphy.  The one who campaigned mightily and for years against abortion then urged his girlfriend to have one.

Wonder what his wife thought about that.

Murphy is comic relief considering everything else that is going on in Washington these days.  Except hypocrisy is never really worth more than a knowing snicker.  After all, Tim Murphy is no Eddie Murphy.

And a politician will say anything to get reelected.  Not this time, Tim.  So if you go to his website (no link here, find it yourself!) you’ll see his drippy statement about how he plans to “seek help.”  This from a PhD in psychology. Who’s gonna help ya, Timmy?  Your mirror?  Just remember that old saw about lawyers: Self represented means you have a fool for a client.

Timmy first said he would not seek re election to a ninth term.  And he announced plans for the rest of his current eighth.  So while anything that can go wrong will… sometimes they can go right.  Murphy resigned from the house.

The better part of valor.

But why are we getting all twisted about a hypocritical politician?  After all, that’s high on the list of qualifications in the job description, isn’t it?

There’s the peace-loving Rep. who not-so-secretly supplied weapons to the Irish Republican Army. And the one who loved the “DREAM” kids but voted against legislation allowing them to stay.  Drunk senators promoting prohibition.

And no one can count the number of laws congress approves and at the same time exempts itself from its reach.

So the guy wanted to save a little public embarrassment by practicing the opposite of what he preached. And -- here’s Murphy’s law live and direct from Washington -- something went wrong.

But something also went right because we won’t have Murphy to kick around anymore.


TODAY’S QUOTE:
“A blob of protoplasm has no rights.” -- Ayn Rand. It’s always fun to mention this to her followers.

SHRAPNEL:
--Dallas Cowboys owner Jerry Jones says any of his players who “disrespect the flag” by kneeling “will not play.”  There is some concern that they’re already not playing -- even the ones who stand for the Anthem. Third of four teams in the NFC East.

--This year’s Nobel Prize in economics goes to prof. Richard Thaler of the notoriously hidebound University of Chicago.  Economists try to quantify everything and Thaler’s work looks into the psychology of investing and moving markets. Good if unoriginal idea, but how does one quantify greed and fear?


I’m Wes Richards. My opinions are my own but you’re welcome to them. ®
Please address comments to wesrichards@gmail.com or fill out the form on Murphy’s website which may still be active: https://murphy.house.gov/contact-me
All sponsored content on this page is parody.