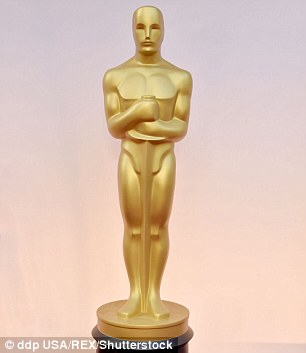 The Award for Lifetime Sexual Predation goes to

And you thought the Academy of Motion Picture Arts and Sciences was getting more diverse. If they kick out all their sex addicts, there may be no one left except Cheryl Boone Isaacs and three old white guys.


The creep in the picture above has won 81 of the statues pictured above him.  Eighty one.  Didn’t people know what he was before his expulsion from the Academy?


Digression:  It’s almost impossible to get drummed out of the academy once you’re elected to membership.  Shysters and shylocks, drunks, drug addicts, drug distributors and other ne'er do wells have long retained membership.


But they throw The Creep out just for … well… just for imposing himself on unwilling females (as far as we know, females.)   The question is why do something like that if you can get your hands and other body parts on perfectly willing substitutes at any time of any day or night… possibly except Oscar Night and maybe even then.


All of what’s written here so far will not withstand the view that this isn’t about sex, it’s about power.


The question then is what causes submission?  The desire to get someplace in what may be the cruelest and least forgiving industry?  More to the point, what kind of power can a disgusting overweight un-sexy blob of a man get by forced conquest?


But the question remains: If everyone “knew all this” why did it take until now for it to come out?  Part of the reason: without careful and verifiable vetting of the accused, the story could be seen as “fake news.” And believe it or not, those of us in the news trade hate to be wrong or even worse, wronging someone else.


So NBC had the story first and got cold feet. It was up to the NY Times and New Yorker Magazine to tell the tale in all its smarmy smarminess.


You can bet The Creep wasn’t the first and isn’t the only Hollywood mogul to expose himself or demand massages or (and here’s the only iffy part of this story) rape someone.  You can document this kind of thing going back to the earliest days of the industry.  And other industries.   Like hedge funds, medical practices, private carting, policing and firefighting, airlines and other mass transit systems, publishing, academics and public officialdom.


If “everyone” knew about all this, why did it take an “emergency meeting” of the Academy’s board to throw the bum out?  It could just as easily have happened at a regular session under the category of “new business.”  Or maybe even old business.
And keep politics out of this. This guy was a Big Democrat.  But with little or no effort you probably think of a Big Republican with similar habits. (Hint: prematurely orange.)


What The Creep should have done is borrowed an Eliot Spitzerish little black address book, not an Anthony Weinerish contacts list.