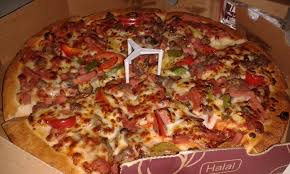 The News Committee meets at noon.  It is the most egalitarian of groups, in which the credibility of no member is questioned.  No opinion is worth any more than anyone else’s. And everyone is equally loud.

The News Committee is completely transparent.  Every meeting is held in public.  On television.  Nothing up my sleeve.  No rabbit in my top hat.

“Just the facts, ma’am” has been replaced by a bunch of shouting hooligans arguing about (fill in the blank.)  How informative. How stimulating.

trump’s Russia connection, if any?  Michael Cohen’s toll booth in front of the oval office?  Just put a bunch of talking heads on split screen and that’s the news.

It’s easy. It’s cheap. It fills the giant maw that Ted Turner carved out for newscasting all those decades ago. Why send a reporter on an investigation and have her come back with a phone book size report? It just bores the viewers.  Bored viewers are no good. They fall asleep. They not only snooze through the report, they snooze through the commercials.  Sometimes, commercials on cable are the only true REM sleep anyone gets.

So fill the split screen with an exciting catfight featuring four people you’ve never heard of talking nonsense at major decibel levels.  Ted Turner isn’t rotating in his grave.  That’s because he’s not dead. Plus he owns Montana and that keeps him pretty busy, what with the conflicts between cattle ranchers and sheep farmers and mathematicians building bombs in woodland cabins.

Mostly, these committee shows are about politics, helping America to form its own opinions.  But imagine if they had a debate broadcast about … oh, say Pizza toppings.

OK, show bookers, get out your Rolodexes and start dialing.  Our new hybrid newsman Wolf Cooper is going to moderate.  So start with someone named Ray from New York because every New York pizza joint has “Ray” in its name.  Then get one of those deep dish guys from Chicago and maybe a girl.  Yes.  A girl.  Maybe Tammi Linden, age eight and a half from Marshfield, Wisconsin.

Ray: We put on any topping you want. What’s the big deal?
Old Towne Deep Dish: Ya gotta train ‘em. We don’t do toppings to order. WE’RE the experts.
Tammi: the real problem isn’t toppings. It’s light bulbs. My Easy-Bake needs a 100 watt bulb.  You can’t get those anymore.  Mom put in an LED bulb. It doesn’t get hot enough to make the ketchup bubble on the English muffin.
Old Towne: you’re pretty smart for an eight year old.
Tammi: I am eight AND A HALF.
Ray: what’s in that thing Olde Towne? It looks like pizza soup.
Olde: Soup is good for you.  What’s in that nan bread thing you make.?
Ray: That’s extra crispy thin crust you bonehead.
Tami: don’t fight please. It makes me want to cry.
Olde: You just go home and plug in that oven and…
Ray: And WHAT?
Hybrid Newsman Wolf Cooper: that’s all the time we have for…
Olde: How’d you like a pie in the face, Coop?
Tammi: you are not nice men. Any of you.

News by committee. Someone send Tammi a 100 watt bulb.  You know you stashed a bunch of them in the basement.

SHRAPNEL:
--Nothing to see, folks, just move along.  That’s the essence of NBC’s self investigation of allegations of widespread sexual predation in the byzantine corridors of 30 Rock. And we believe them because if it’s on TV, it’s gotta be right, right?

I’m Wes Richards. My opinions are my own but you’re welcome to them. ®
Please address comments to wesrichards@gmail.com
All sponsored content on this page is parody
© WJR 2018