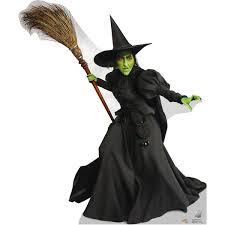 Maybe there’s a trading exchange for illegal drugs as there is for corporate stocks.  After all, how could the cops know that the sandwich bag of cocaine they seized from a “known drug suspect” was worth 8.3 million dollars on the street?

A quick search of the Wall Street Journal, Bloomberg, CNBC and Modern Grocer News shows no such exchange.  Or at least none they dare report on.

Well… how do they know the prices, then?

--There is such an exchange but only the cops and prosecutors know about it because it’s on the “dark web” along with your social security number, your mother’s birth name and the love letters between trump and putin.

--Police regularly survey random drug users found passed out on the street.  They haul them in, put them into “Interview Room 3” and threaten them with mayhem and big vintage telephone directories, rubber hoses or broom handles unless they say how much they paid for their stash.

This leads to the following chain reaction:  nursing his wounds (none on the hands or face!) the “suspect” tells the “interviewer” he paid ten bucks for his supply.

Meantime, the District Attorney’s Deputy DA of statistics files the $800 stash and then crunches the numbers and adds a few zeros and the morning headline screams “Million Dollar Drug Bust on Main Street.”

D.A. Babyface tells the “suspect” he can get off with probation if he turns in his supplier. “Suspect” drops the dime on Detective Furtwangler and the next day the headline screams “Cop in Million Dollar Main Street Drug Bust.”

But Furty has a “rock solid alibi.”  He was in bed with D.A. Babyface and she’ll vouch for him, even provide her pillowcase for DNA comparisons.

Judge Sternly of the District Magisterial Presidential County Court throws the whole case out because the “interviewer” mispronounced “remain silent” when reading the “suspect” his Miranda Rights.

Plus,  for some reason we can’t determine, Judge Sternly doesn’t want anything about what’s on that pillowcase to be placed in evidence. Hmmm. Probably nothing more than protecting the privacy of anyone else’s DNA found on it.

In point of fact, we never know how much the drugs were worth.  Or how some disappeared from the evidence locker.

But Judge Sternley and the D.A. whom he calls “bubbles” were seen earnestly conversing at that little corner table next to the jukebox at the Sawmill Inn.  Then she suddenly disappeared and a few minutes later reappeared and he was smiling.

I’m Wes Richards. My opinions are my own but you’re welcome to them. ®
Please address comments to wesrichards@gmail.com
All sponsored content on this page is fake.
© WJR 2018