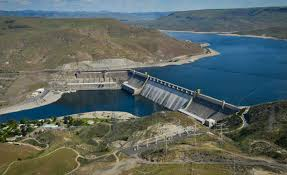 Why do football fans have an oligopoly if not a monopoly on tailgating? Fall weekends in football towns find as many people out on the open grounds as there are where the game is being played, usually an ungainly building that looks from the outside like a shipping crate for a flying saucer?

They are in tents and intense.  Also, in those travel vans that are actually house trailers on their own wheels and which masquerade as something else by calling themselves Recreational Vehicles.  Ever drive one of those?  Without a Teamster card, it’s nothing close to recreational.

All you need for a good tailgate is three pounds of unhealthy food per person and a body of moving beer about the size of the Columbia River.  So why restrict things to a sport that’s played for only part of the year? In fact, why restrict it to sports at all?

There’s no reason you can’t have a tailgate at the opera house or the movie house… or even your own house?  And there’s no need to restrict things to weekends.

“Mommy, Tony and I want to tailgate after school today. May I please have the keys to the RV? And is there any beer in the house?” Jeanie, you’re not tall enough to reach the brake pedal and besides its a school night.  And no beer for you until you pass the 5th grade. I’ve told you that a hundred times.”

Weekday tailgating at the opera house would take a lot of pressure off the roads and make things easier and more profitable for the wing and brisket shops that border on the parking lots.

A little Tabasco to go with your Tannhauser?  A little Rheingold with your Das Rheingold?

And when “The Irishman” opens at a select theater near you, and the lines are too long, you can relax with a little Motor City Brew just like the star, Jimmy Hoffa might drink in secret. (He was a teetotaler, at least for the record.)

Tailgating scholars might ask if there is a difference between a tailgate and a plain, old neighborhood barbecue. And of course there is.  Like any academic, they will give you all the minutia that goes with their field of PhD-ness no matter how microscopic.  But the main difference is the drunks attending don’t flop into a corner to sleep it off at a tailgate.  Instead, they make noise.

I’m Wes Richards. My opinions are my own but you’re welcome to them. ®
Comments?  Send ‘em here: wesrichards@gmail.com
© WJR 2019