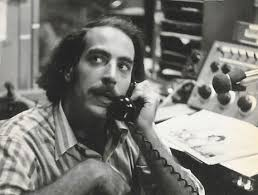 WBAI radio has long been a bad college radio station without a college.  Strictly speaking, it’s a non-commercial broadcaster with a juicy commercial-level dial spot, 99.5, with a powerful signal that covers close to 20 million pairs of ears in the New York Metro area.  No one is listening.

It’s financial woes and internal strife are legendary in the industry.  No one else cares. Probably no one else should.

Buried lead:  the owners, the California-based Pacifica Foundation has fired the staff and is running its own syndicated mostly left-wing stuff until it can “recoup and refocus.”  It can’t. Not now.  And not at any other time during the past umpteen years.

They try to run this thing as a listener supported democracy.  That kind of worked in the hippie era that gave the station birth.  It doesn’t work now.  What it does is slow the money to such a small drip that WBAI had to abandon its transmitter perch on the Empire State building, pay off an enormous back rent and hide out in the outer boroughs.

They really don’t have to hide.  Their loyal following, also a small drip, knows where to find it and no one but the bill collectors are trying to locate it.

Even in a depressed radio market, the station is worth a fortune.

The “fired” air staff went to court and got temporarily un-fired.  That’s not a long term solution.  What might help, is a reprofessionalizing.  WBAI wasn’t always the kiddie corner. In recent years they’ve had more former managers than the trump cabinet.  They’ve had attempted coups, actual coups, endless fundraisers and programming that’s about as dull as the pen knife the TSA confiscates from you when you go to board flight 234 from Butcher Hollow TN, non-stop to LaGuardia.

Listener-supported radio stations manage to do very nicely everywhere, including New York City and vicinity.  Granted they mostly run programs from American Public Media and National Public Radio, much of them semi-to-non-political.  But survive they do.

WBAI wasn’t always a hoodlum occupying a 5th Avenue section of the dial.  They had exciting and funny show hosts like Steve Post and Larry Josephson long ago.

The place has always been in trouble.  They broadcast the famous ribald “Seven Words You Can’t Say…” on the air by George Carlin. That brought the feds down on them.  They gave plenty of time to hippie era radicals like Abbie Hoffman.

But they also taught computers to clumsy geeks.  They did news you wouldn’t hear anywhere else.  There was plenty of that.  Money was always tight. Beg-a-thons were always obnoxious (there and everywhere else they’re heard) but the station wasn’t yet suffocating.

Can the Californian owners save them?  Well, they have similar money woes out there. But they also seem to be keeping at least the cold water running.  So, maybe.  But don’t hold your breath.

There’s room for a left-wing radio station in a city like New York.  But it has to be run right.