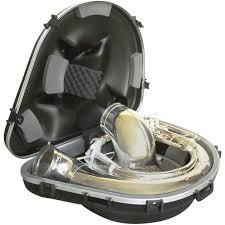 Was this Sousaphone case part of the underground airliner that brought Carlos Ghosn to the relative freedom of life in Lebanon?

True or false: Fugitive car maven Carlos Ghosn escaped from his mansion in Tokyo by hiding a musical instrument case?  Answer: who knows.  But when you think of Ghosn (rhymes with “bone,”) brass is not a stretch.  After all, he took the shaky hidebound Nissan auto company of Japan and the hidebound shaky Renault auto company of France and combined them in such a way as that everyone appeared to be making a profit.  An impossible task according to most.

But Ghosn did it.  Not as a merger or takeover. The companies are “allied” or “affiliated,” two words that we know have rubber meanings.  But it seems to be working.

Earlier this week, Ghosn (sounds like “groan” without the r) appeared in semi-public to defend his secret mission to the Middle East.  He would not disclose how the trip was arranged.  But this fella has more passports than you have matches for your campfire.

His main thrust was that he was railroaded by Evil Forces at Nissan who didn’t like his American-ish management style and his lack of Japanese-ness.  Of course no one at Nissan will acknowledge this.
So they filed a bunch of charges… misusing company funds, mingling of liabilities and debt and other things finance-types pretend to understand.  And, like more defendants than you can count, he said he can’t possibly get a fair trial in Japan.

That’s possible.  Here are some facts:  the prosecution wins more than 90% of similar cases in Japanese courts.  Tokyo police have some interview tactics that would scare Dick Cheney into confessing he shot JFK.  Japan is not a good place to be arrested for a crime.

So, is Ghosn a fraudster?  A huckster? A brilliant businessman? A guy who is responsible for bringing new life to automakers heading for the scrap yards halfway around the world from each other? A guy who curls up small enough to fit inside a Sousaphone case?  None of the above?  All of the above?

Will he live out the rest of his days confined to Lebanon, a country that never met a pressure group it wouldn’t knuckle under to?  Lebanon, acting on an advisory notice from Interpol, tells Ghosn he cannot leave the country.  Cannot?  He “couldn’t” leave Japan, either. That didn’t exactly work out.

Can Japan steal him back?  Does Tokyo really want to? Sure they do.  But if this is a face-saving contest, round one goes to Team Ghosn (Rhymes with drone.) 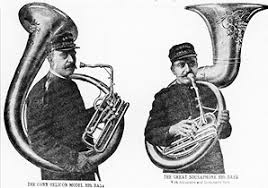 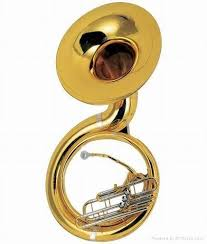 --The Sousaphone is often mistakenly called a tuba, and it plays in the same semi-subaudible range and is named for the bandleader and march writer John Philip Sousa who caused its creation. The original versions’ bells pointed up, not out. If you played one of those, you risked drowning if you marched in the rain.

--My social security “benefit” rose by a few bucks in 2020. I guess I should write a thank you note to trump. “Thanks for the raise, now… what’s the catch?”

I’m Wes Richards. My opinions are my own but you’re welcome to them. ®
Comments? please send to wesrichards@gmail.com
© WJR 2020