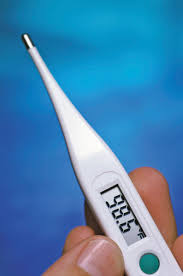 If this is your temperature reading you may be able to raise it by fearing that you’ll get sick and raise it.

The news junkies among us are having a tough time.  After the last five or so years, there’s little of interest to satisfy our obsession or addiction or compulsion for stimulation wrapped in other peoples’ misery.

All of the above went out with a shocking bang when armed traitors stormed the Capitol Building in an attempt to overthrow the US government.  Everything since is the sound of silence and a lot of shuffling of papers with an onslaught of babbling heads steeped in minutia.

Well, we can all look forward to something a little more natural now. Like the North Pole melting. Or at least a decent earthquake or killer hurricane or invasion of killer bees.

The scariest part of this scary scenario?  We’re going to have to make our own excitement.  There’s little out there to stimulate.  Not even the endless Kardashian soap opera moves the needle.

There isn’t even a remaining good reason to read Twitter. A good meal of leftovers can be beautiful and satisfying. But trump’s trial in the Senate? Superbowl MMXXI? The start of spring training?  Nah.

Even CORONA-19 seems distant to many of us, though a center of many personal, regional tragedies. The eternal congressional checker game?  Boring. All this makes watching golf exciting, relatively. Paint drying. Grass growing.

-The justice department opened an investigation to find out whether any of its workers helped engineer the attempted coup at the Capitol Building on January 6th.

--New York’s downstate transportation agency, the MTA, is investigating reports that some suburban commuters stuck working from home are trying to illegally sell their monthly train tickets paid for with the help of their employers.

-When your non-contact thermometer inexplicably converts from Fahrenheit to Celsius and reads 37 degrees, it’s still “normal.”

-According to Google Analytics clickership of these posts has fallen by about 33% since its frequency was intentionally reduced by 33%.

-Today, 1/26, is the first anniversary of Kobe Bryant’s death.