4686 Forgiveness and the Serial Killer 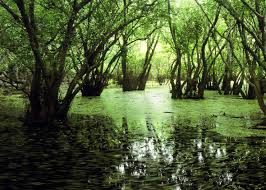 Five years post promise, no evidence of draining. Who was supposed to bring along the Drano?

Now that he’s gone, should we forgive him?  Isn’t that the American way?  Don’t ruinous people who get their just due often hear that at pre-sentencing hearings from the survivors of the murdered?

Yes, we do.  Just not this time and not this guy.

He hasn’t even been convicted yet, let alone sentenced. And what he murdered was and is more important than any one individual.

He is a serial killer. Here is a partial list of his victims:

--Tradition.  That started during the campaign when he invaded his opponent’s space, meandering away from his lectern and too close to hers.  Then there was the name calling.  Little Marco. Low energy Jeb. Crooked Hillary. Al Frankenstein. Evita. Little Rocketman. Kung Flu.

He left as he started, heading for Florida instead of attending the Biden inauguration; never admitting he lost.

In between there were all those postings on Twitter.  That’s not how a president talks to the nation.

--Decency. That started decades ago when he stiffed employees, his draft board, his older brother. His first two wives (we don’t yet know about the third, but where there’s smoke...) Decency includes not grabbing women by their private parts.  It doesn’t include building a border wall. Or building cages to separate children from their parents.

--Truth.  Where can we even start to enumerate the lies? The size of his inaugural crowd. The amount of money in his bank accounts. The number, the breadth and the depth are impossible to calculate.

--Respect: All of those cult followers? They’re means to an end.  They didn’t get him anywhere. He doesn’t respect them, he uses them.

And maybe worst of all, his non-policy on the Covid-19 virus caused the deaths of tens of thousands of Americans… nearly half a million and counting.

He treated you -- yes you who are reading this -- like a crime boss treats members of a rival gang or, for that matter like some members of his own family, but with a notable exception.  Old school crime bosses and old school dictators understood that occasionally, you must put back into the system.  You must help an elderly widow pay the rent. You have trade favors.

This serial killer did not know how to give back. Or even that giving back was in his job description as a mob boss.

There’s no death penalty for these crimes.  And once wound up, his followers don’t wind down just because the rest of us fired him, sent him packing with his tail between his legs to a sand bar of a state likely to be washed away in a climate change flood.

Forgive?  Not on your life. But let’s borrow and paraphrase his own words in one final sentence: