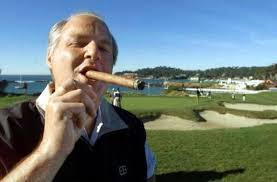 This won’t be as harsh as you might expect.  Rush Limbaugh rose a.m. radio from the dead and then he killed it. He turned old fashioned radio into an old fashioned revival hour for conservatives wandering through a rock ‘n’ roll desert. He built an army of followers, then a conservative movement. In doing so he brought us a lot of what we have today, mini trumps breathing fire and lies and conspiracy theories, white supremacy and a well-worn path that stops at the edge of the cliff we were about to step into.

Now, he’s dead.  But his legacy will live on.  What did this guy do that was so special?   A failed chicken-rock disc jockey from a fifth-rate town in a third-rate state weaponized talk radio and became a convivial kingmaker and divider of a nation that once had bragging rights in every field you can think of and some you can’t.

But they also say things like “hard-working” and “generous.” He was all those things.  He started trends and ended them. And for better or worse -- mostly for worse -- told millions of his dittoheads, as he called them, what to think.

He was anti-woman, but many women loved him. He was an unabashed small towner, but his show was a hit in big cities with small but loud conservative abscesses.

An odd creature of the kind only old fashioned mass media could create. Radio, conventional television, movies, all that. If he had a position on contemporary or social media, it was relatively small other than an elaborate website.

He satisfied two great social needs.  He gave some people someone to look up to. And he gave others a larger-than-life target.

He went deaf through the abuse of pain killers and turned his hearing loss into a show-biz asset.  He spewed hate. His followers returned that with love.

He called himself an entertainer and bristled when others called him that.  But he got what radio once was all about: there may have been millions of listeners. But each of them thought he was talking directly to them. That’s an art and these days there are few such artists. He understood and took advantage of your “lizard brain,” the early part before the birth of human reason.

What he said to them was often wrong and sometimes dangerous. Dangerous to the listener, dangerous to the country. He spawned a legion of imitators. None reached his level of bizarre artistry, grotesque influence, and bad boy good humor.

It’s like lauding Jack McGurn, Capone’s favorite hitman. He was brilliant at what he did.  Best in the business. But he was still a hitman.

Now there’s a rush to replace Rush. And the winner is… Rush. His syndicator is preparing moveable and reusable segments from past programs to be introduced by guest hosts.  Sounds like a plan, at least for the near term.

Limbaugh: Venom with a punchline. He led America into the politics of the moment. His work is done. Ours is just beginning.