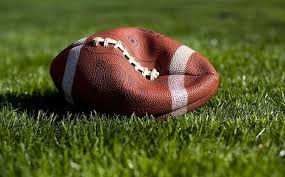 watched the Superbowl beginning to end. I thought I should pick a team. I picked Kansas City. I was wrong and knew it midway through the second quarter. But I watched for the spectacle of seeing a live broadcast that gracefully and forcefully accomplices the impossible.

This isn’t about the “legendary” Tom Brady, admittedly a stellar but aging quarterback who won his seventh ring out of ten Superbowl’s played. It isn’t about the beleaguered Kansas City Chiefs hoping for a second consecutive win in the annual event.

It isn’t about the boatload of expensive commercials that draw fans of their own to watch this pseudo spectacle. Commercials, by the way, often so memorable for their content that people forget the product or service they advertise.

It isn’t about the “special team,” to use football jargon, that gathers in the announce booth to pontificate and comment endlessly relying on its flock of on-site researchers to make them sound informed, knowledgeable and familiar.

Yes, they are there to call the action. But that’s a sideline. You can see that for yourself. More important, they are there to fill your ears during the endless times-out and other clock-stopping events that stretch a 15 minute quarter to last a half an hour, sometimes more.

The viewing gave me control room Flashbacks. I’ve always marveled at the way a group of men and women can sit behind consoles and put together a flawless broadcast of a dizzying complex series of unpredictable interactions and make it look easy to the viewers.

My vote for Most Valuable Player was not anyone on the field, it was for the CBS director playing deity over a 55 camera shoot.  I have to say that again: 55 cameras.  Plus graphics pods.  That is a show of reflexes, athletic prowess and timing that dwarfs anything that happened during the actual game. Or could happen.

Live TV control rooms are crazy noisy and crazy active. But a 55 camera shoot? That requires people with the compound eyes of a horseshoe crab, the agility of a pronghorn antelope and the sure-footedness of a mountain goat.