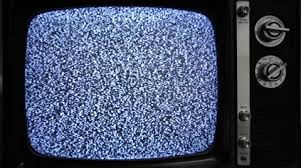 In olden TV times, the news came on once a day and that seemed to be enough.  At some point, the geniuses of television discovered that there really isn’t enough news to fill more than a few hours at a time.

So they hired commentators.  This is a good thing in some ways.  It’s good because it keeps thousands of men and women whose job titles begin with the word “former” off the welfare rolls.

--FBI Special Agents (if they’re all “special” agents that kind of kills the meaning of “special.”)

If there’s a shortage of “formers,” you can always count on political analysts and operatives, authors, historians, hedge funders, stockbrokers, owners of small shops in towns you’ve never heard of in states you’d never visit and currently employed professors with an emphasis on those from Ivy League schools or schools no one ever heard of.

Talk about job creators! Cable News is a champ.

But its championship is endangered.  Coming up on the homestretch are people involved in

Singers who fall into several categories, among them:

--Men or women who grew up in the gospel tradition, much of which involves screaming and adding unnecessary notes where none belong.

--Men and women who grew up in the operatic tradition, much of which involves screaming and removing necessary notes.

--Men and women who grew up in the tradition of the Great American Songbook but were born eons after it fell out of fashion.

--Rappers and hip-hoppers who grew up in the tradition of incoherent mumbling and words pretending they rhyme but don’t.

It helps if the contestant has a “story” like

--Living in town with a population under 50.

--Living on a small family farm.

--Born with a terrible affliction.

--Losing a parent in childhood or -- even better -- childbirth.

--Walking away from what looked like a car crash no one could have walked away from.

Here’s today’s Great Idea: Get some blowhard real estate pretender, have him play the part of The Big Boss and hire and fire people at random.

Oh. Wait. Never mind. Something like that would never work. Would it?