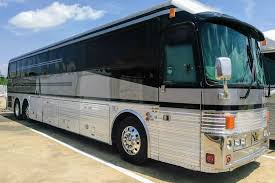 Of course, few buses achieve any ground speed if they’re on a normal street.  If they’re on a highway where the can speed, they’re harder to reach on foot.  And we wouldn’t want you to go out of your way to prove your point.

You can practice with, say, a Smart For Two Car.  If one hits you, (a) it’s a miracle it’s moving at all and (b) you’ll probably hurt it more than it’ll hurt you.  Graduate to the bigger moving objects as you go along.

Seriously, we seem to be living in a world of fantasy where facts don’t matter.

Fact: If you demolish social security, people will be hurt.  Subfact: you don’t need the tax cut that might eventually result from the end of Social Security.

Fact: Pipe bombers and synagogue shooters are usually mentally ill. Subfact: you can’t stop them by knowing in advance they’re nuts, you have to wait until they’ve acted. Sub-subfact: you may be able to mitigate the damage by limiting access to the tools of their trade.

Fact: The climate is changing. Subfact: There may be nothing we can do about it, but it’s worth a try anyway.

Fact: The climate of hate in America and elsewhere has a life of its own. Subfact: It had to start somewhere. Sub-subfact: you help perpetuate the situation when you go along for the ride.

(You’re supposed to walk out in front of the bus, not get on it. But who can resist a free ride?)

Fact: One woman’s abortion is another’s murder. Subfact: You don’t have the right to interfere with one no matter your personal belief.

Fact: You can’t roller skate in a buffalo herd. Subfact: not even if you’re headed in the same direction as the buffalo.

SHRAPNEL:
--Are you tired of hearing that the Pittsburgh synagogue shootings were in Mr. Rogers’ neighborhood even though they were?  That’s writers being “clever.” And like most “being clever,” it distracts from the meaning of the crimes.

--trump tossed out a couple of scripted one-liners about the shooting, calling for national unity and with the next breath trying to divide.  The anti- cop chorus is saying if the accused had been black, he’d have been shot dead. The police and others did their job the right way and now the weasel-lawyers will do theirs.

GRAPESHOT:
-Does anyone really believe Jeff Sessions will remain Attorney General for long after the midterm elections?

I’m Wes Richards. My opinions are my own but you’re welcome to them. ®
Please address comments to wesrichards@gmail.com
All sponsored content on this page is fake
© WJR 2018