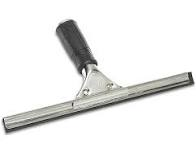 Rudy Giuliani ridded New York of Squeegemen. It did not last. Squeegeemen are like Subway rats.  They laugh out loud at people who try to destroy them.  Now Rudy has Coronavirus.

We don’t wish ill will to Rudy. He is, after, all a human being, a man of that age in which the mere act of breathing can be a life threatening condition.  But it’s also hard to feel sympathy for Run Around Rudy, who spent his marriages seeking to prove Henry Kissinger right for saying “Power is an aphrodisiac.”

Unmasked Runaround Rudy pranced from rally to courtroom, leaking hair dye, publicly and proving he is a lawyer even lawyers love to hate. Rudy of freedom-to-choose who became Rudy of contraception is murder.

Rudy the US Attorney who proved case after case against alleged mobsters who later walked away on appeal.  Who stashed an emergency response “bunker” on the 23rd floor of a skyscraper that was wiped out in an instant on 9/11.

On September 10, 2001, Run Around Rudy couldn’t have been elected president of the PTA or the Co-op Board.  Then Osama did him a favor by committing mass murder in lower Manhattan. It elevated Rudy to “America’s Mayor.”

The cameras loved him then. Cameras don’t vote.

The self-reinventing Mayor became a businessman, something for which was even less qualified than he was for Mayor or, before that, US Attorney.  He ran a security company. Customers’ houses are safe from tigers.

Then, he became a hooker for corporations.  A $20 Eighth Avenue girl except his rates were way higher, but you still got your twenty’s worth at least for a while.

The average Joe, Jorge or Jermaine in the streets of the Bronx or Brooklyn or Manhattan learned pretty fast what this joker was all about.  The Joker-in-Chief from Queens saw opportunity and hired him as a personal lawyer.

Two peas in a pod, they are. A couple of New York con men, Runaround Rudy and duplicitous donald.

The worst thing about this pair from Hell? They’re giving people from the rest of the country yet another excuse to hate New York and to think about it as another planet, but one with a really big Macy’s.

We hope they’re treating him well at Georgetown Hospital.  We hope he doesn’t expire there for his sake and the sake of many a New Yorker who has long longed for that resume credit.

TODAY’S QUOTE: “A small man in search of a balcony.” -- Jimmy Breslin distilling the essence of Giuliani into eight simple words.