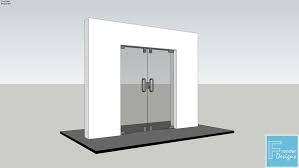 No doors were busted on door buster sales days.  Are we getting more civilized or just unwilling to camp out in the cold for a chance at a 50-dollar flatscreen?

We knew these holiday shopping days were going to be different and they were.

The usual big sales started on Thursday or earlier.  Maybe as early as August. Stores that normally were closed early on pre-Thanksgiving Wednesday or Thursday weren’t.  Some stores that weren’t usually open at all on Thanksgiving Day, were.

But it’s hard to find anyone who camped out early in a Costco or Best Buy or Walmart parking lot ready to bust doors at first light.

In the online world, time and days do not exist. So it really doesn’t matter to the customer.  Some of the online and TV channel sales began in September.  This follows the format of a recently minted “tradition,” “Christmas in July.”  That’s when they start selling winter wear, stocking stuffers and last year’s left over holiday decorations.

(And then they ask you to buy “storage solutions” so you have somewhere to put the stuff you bought five months too early.)

There’s an advantage to early starts for sales events.  A retailer can spread its gains over a long stretch instead of the usual waiting for the day after Thanksgiving to start turning a profit.  Easier bookkeeping, stock ordering and temp-hiring. Keeps the lights on.

Paste-on floor signs marking safe distancing length probably are tax deductions.  This brings down the bill. Especially if they place them, then take them away only to put down new ones when virus figures increase, as they inevitably seem to.

Electronic merchants have no such deductions.

You can’t simultaneously use and socially distance from your computer or smartphone.

The people who track retail traffic and cash register activity say business was slower this year.

But now on “Giving Tuesday,” you’d never notice.  There has been no reduction in the Niagara of internet ads.  They are mainly from internet sellers, but not exclusively.  Department stores, cosmetic stores, home goods stores are all aboard the barrels going over Niagara and landing in your inbox.

Here’s a handy tip to reduce the clutter.  Mark all those ads as spam and then once a day, skim the entries in the folder.  It’s unlikely, but someone may have sent you something worthy of your attention or interest.

If such an oddity takes place, move it to your inbox and delete the rest.

Here’s a question for someone else to study and maybe answer:  Did we buy either less frivolous or more useful stuff than usual?

And some other questions:

--Ladies, do you spend less on makeup because your face is almost always covered?

--Gentlemen, do you spend less on shaving gear now that your face is almost always covered?

--Ladies and Gentlemen, do you either like or dislike the appearance of your hair now that you haven’t cut it since who knows when?

--Class clowns, are you okay with doing your act on Zoom or are you getting rusty because there’s no live audience?

--Teachers, how do you guard against open-screen tests and other forms of cheating on quizzes and exams you give via Zoom?