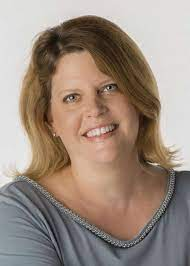 The top prize: who gets to replace the retiring Dean Baquet at the NY Times.  If you applied for that, you probably got serious consideration, though not the job itself.

Your new job has a big advantage over the old. At the Post, you’ll only have one boss, Bezos, and by all accounts he doesn’t poke around all that hard or all that often.  At the AP, you had bosses by the thousands because every publisher, editor or TV news director who pays to keep the wire service running thinks he or she’s “it.”

Great that the Post has finally caught onto the notion that a woman can lead a big time newspaper.  It’s about time. You may be a first at the paper. You were the second at the AP.  But please note that you are standing on the work of other field-hardened women in news, people who started as lowly reporters much as you did: Maggie Higgins at the New York Herald Tribune. Helen Thomas at UPI.  Prudence Heller and Linda Deutsch at the AP, Andrea Mitchell at NBC. Not to mention Barbara Walters, Gwen Ifill, Christine Amanpour and Ida Tarbell.

Now about some ghosts prowling the hallways (They stay even if the company switches buildings.) At the AP, the ghosts of Wes Gallagher and Otis Chandler roam the halls.  Fierce men, both, they were.  At the Post, it’s the ghosts of Katharine Graham and Ben Bradlee.  Fierce folks, they were too. They sometimes offer guidance.  But sometimes as ghosts, they’re tricksters… so be careful.

Back when the Associated Press was housed in that creepy, creaking runt-of-the-litter building on Rockefeller Plaza, the union put a chart up on the bulletin board just outside the equally creepy lunchroom.  It was a list of three employers with their starting wages.

Wages have risen.  Yours, too, one can assume.  But not all that much and probably in the same proportion.  All three jobs can be risky and only one comes with real security. Yours is not it. But maybe you can help some folks by taking them with you on this trip.  Remember, you can’t spell cheap without AP.

But not to worry if it doesn’t work out at the Bezos Post… there’s always the speech circuit.  And you can write a book. Probably in your sleep.

Good luck from Wes Richards. My opinions are my own but you’re welcome to them. ®