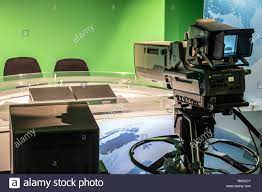 For the Zoom users who have everything, the perfect gift, your very own professional video cam and anchor desk.

You don’t need the papers, the internet, radio or TV to know what’s going on, you already do, but may not realize it.   So as a public service here’s your personal copy of...

The Wessays™ do it yourself guide to the news:

Just cross out what you don’t need. Or fill in the blanks provided below and improve your Zoom apparatus as in the photo above.

Here are the basics:

-Democrat "A" proposes something.  Republicans swarm in to drag their feet and probably block it. This is a little trickier than in past days because control of the senate is in the hands of one guy from a state everyone forgets is there, West Virginia.

-Budget cuts are coming to the (federal) (state) (municipal) government. And taxes will rise. Or not rise.

-Somewhere in America there is a municipality or state that is trying to screw with the electoral process under the guise of improving honesty and putting friends and relatives on a payroll.

-Somewhere in America, a local school board is planning a "controversial" project that will raise taxes and probably is unnecessary or at least more elaborate than it needs to be.

-A starlet will go into, escape from or be released from rehab.

-A mass transit machine (bus, ferry boat, airplane) in (the The Philippines,) (Malaysia,) (India,) will sink or crash or hit something killing X number of people and injuring Y others.  Later, investigators will determine (the cockpit crew was playing cards instead of flying,) (the bus driver fell asleep at the wheel) (the ferry was way overcrowded.)

-Toys and children's jewelry imported from (China) (Indonesia) (Vietnam) (Thailand) will be found to have greater than acceptable levels of (lead) (mercury) (small component choking hazards,) and will be removed from the market by (Wal-Mart) (Target) (Kohls) (a shopping channel) (amazon.com).

A US citizen has been detained in (North Korea,) (China,) (Somalia) (Russia).

-Teams that seem never to lose will lose.  Or actually win.

-A baseball star will be accused of using or defending himself against charges of using (steroids) (human growth hormone) (spitballs.)

-The Dow will close x-points lower because of (the tsunami in Japan,) (the oil situation,) (the worsening financial situation in Portugal.) (the noise made by windmill generators of electricity) (Melting solar panels.)

-Authorities in (New York,) (Washington,) (Cleveland,) will uncover what they describe as a Ponzi scheme and arrested (fill in the blank,) accusing him of being a “Mini Madoff.”

And that's the news... yesterday, today and tomorrow.

See?  You knew it all the time.