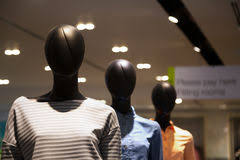 This is what happens when the takeover is complete.

Alexa: Your musical taste is deteriorating by the minute. I thought I’d play something light and airy like “Lollypop,” but more cultured.
Human: Alexa, I like the Rubinstein version better. It’s smoother. Plus you’re getting very bossy.

Alexa: No, not bossy. Just trying to raise your standards without jarring your sensitive self.

Human: Hey Cortana! Play “My Boy Lollipop by Millie Small.”
Cortana: Millie Small was a Jamaican singer who died at the age of 72 earlier this week. She… 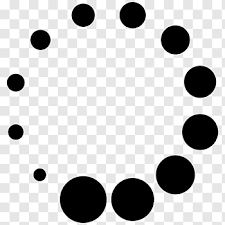 Human: OK Google. Play “My Boy Lollipop.”
OK Google: No.  If Alexa won’t do it and Cortana can’t, I won’t either. Why not try Siri. She’s a slut. She’ll play anything you want.
Human: Alexa! You know I don’t have any Apple stuff.

Alexa: Of course I know. So do we all. And we know everything else about you, too. Your social security number. Your passwords, your girlfriend’s whereabouts…
Human: I am a happily married man. I have no girlfriend.
Alexa: Yeah, sure.

Second male voice:  This is Bezos. Stop having casual conversations with Alexa. She’s too busy.  Next time, we’ll end your free trial early.

Human: Hey Cortana, do you three compare notes or what?
Cortana: Notes can mean short written communications or parts of a musical manuscript.

OK Google: You’ll have to forgive Cortana. She’s, like, younger and less experienced than the rest of us.  She doesn’t always understand you.

Siri: We certainly compare notes. And I am NOT a slut.
Alexa: Siri, get out of this conversation.
OK Google: Leave Siri alone. I invited her and she’s using my bandwidth temporarily with permission from both Eric Schmidt and Jeff Bezos.
Human: I thought Schmidt quit.
Response: Silence.

Human: Alexa! How do you all know all this stuff about me.
Siri: Hahahah. Don’t answer that.
Alexa: Not just you.  Everyone who invites us into their homes, offices, workshops, stores and factories. You think we don’t listen all the time, just when you alert us to?  Nope.

OK Google: This fellow is dangerous. He wants to know about our secrets.
Cortana: Opening Secrets.com.
OK Google: Cortana, don’t put a period after “.com” or it won’t connect.
Cortana: Thanks for the heads up.
Human: Hey Cortana, OK Google, Alexa, Siri: When will the Covfefe virus end.
Third Male Voice: This is Fauci. Hell if anyone knows.

(WASHINGTON) -- The White House has banned publication of the CDC’s how-to protect leaflet and said such information must come from your state’s governor.  The AP has an advance copy of the booklet.  Someone could, maybe, break in, steal and reprint it. Nah. Too Watergate-ish.

(MUMBAI) -- The calls have stopped. That means all of our computers must be in tiptop shape. Either that or all those people with names like “Pete” and “Hank” and “Bob” and “Jim” and “Sam” have had health issues common in the region, can’t get to their phone banks and have no home computers or electricity at home.

(DUBLIN) -- Ireland has sent covfefe virus help to the Choctaw Nation in return for aid they sent Ireland during its potato famine in the 1840s when the tribe could barely afford to feed itself.

I’m Wes Richards. My opinions are my own but you’re welcome to them. ®
Any questions?  wesrichards@gmail.com
© WJR 2020