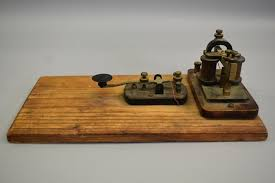 We’ve been monitoring the situation closely. There might be a light at the end of the tunnel.  And we’re hoping to return to the office later this month. Meantime, there are all kinds of Coronavirus statements from all kinds of people and places. And there’s a definite need for translation.

Let’s start with “We’ve been monitoring the situation closely.” There is no way to monitor the situation from a distance even now in the golden age of distancing.  We hear this from politicians at every level. What it usually means is “we’re watching CNN and reading the daily paper to see what other people are doing.”  At best it means “someone is sending us charts of cases and deaths and near-deaths and the available studies of mask, glove and ventilator availability.  No chart is accurate.  But at least, it’s something.  Or not.

How about “We expect a vaccine will be developed soon.” “Soon” can mean anytime between 2:30 tomorrow morning and 2022 or later, but not past, say 2075. It’s more likely to be later than tomorrow if it’s being worked on by researchers who have to take a subway in New York which no longer runs in the middle of the night.

Then, there’s “We are limiting the number of customers to 995 admitted at one time.” No, we’re not. We’re guarding the door to make sure you don’t drain the hand sanitizer dispenser we’ve left at the entrance.

“Regular unleaded gasoline $1.53.9 per gallon.” This is largely true. But these days, who needs gasoline?  Some of us get three weeks to the gallon.

“Amazon is donating all four billion dollars in profits for first responders.” How do we know that’s true? Which first responders and where are they and exactly where’s the money going and how is it being distributed?

“The FDA has authorized the use of ‘Screwitall’ in the fight against Covid19.” It means “we have no idea what this drug will do, but it probably won’t kill you. And even if it does, one medicine does not fit all.” Ask your doctor if Screwitall is right for you.

“We are completely allied with his thinking.” -- the producers of Broadway plays.  It means if the governor doesn’t let us reopen soon, we’ll be out of business and it’ll be his fault. But we’ll exit in a kickline and smile until we’re out of sight.

“We fully understand the plight of our customers.” -- The payday loan companies. They are indeed sympathetic as the usurious interest piles up.

“Your check is in the mail.” -- the IRS talking about your handout. You’ll get your check soon. (See “soon” defined above.)

“Normal” or “New Normal” -- There is no “normal,” only a level of what we collectively deem acceptable. And when that changes, we get “the new normal.”

“I see a light at the end of the tunnel.”  -- Lotsa folks. Maybe it’s daylight or maybe it’s the headlight of the oncoming train. (Thanks to Andy Fisher for that one-liner.)

NOTES FROM ALL OVER (certified virus free):

(PYONG YANG) -- North Korean leader Kim Jung-un has returned to public view after a long absence in which he supposed underwent heart and/or brain surgery. Doctors say they found neither organ.