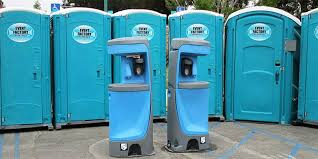 Shady Grove Assisted Living Facility.  You should see the clubhouse!

The nursing home industry is right up there with loan sharks, payday loansters, pawnshops and credit card companies when it comes to income vs. outcome.

Now they want protection from lawsuits and some states have already complied.  Put grandma in a warehouse with minimal staffing, much of it inept.  Charge a price that would make a five-star hotel blush and serve them economy class airline food.

It’s about time someone told these Gordon Gekko think-alikes and act-alikes a taste of their own Clorox.  There’ve been tens of thousands of deaths in these vacuum cleaners and leaf blowers of your money.  And now, comes the C-Virus.

“It’s not OUR fault,” cries lobbyist Lawrence Camisole from his private and well padded office in Washington DC’s K-Street Home for the Criminally Insane.

Check any news site for “Nursing home.”  What comes up right away is how many people have caught or died from the effects of the virus. State after state. Town after town.

In New Mexico, the state reports almost all of the nursing homes have been cited for inadequate infection prevention programs.  And this is nothing new. Eighty five percent of the homes were slapped with violations.  The report was made before the current outbreak. And after. And there were plenty of recidivists. Where else are the figures near one side or the other of that percentage.

Protect them from lawsuits?  That qualifies for the Wessays™ Chutzpah Award for 2020. (Unfortunately, we have had to postpone the annual ceremony until the participants feel safe enough to leave their second and third homes in the Hamptons, Aspen, and the White House.

Aunt Margaret is in the dementia wing of the Shady Grove Warehouse for the walking almost dead.  She’s spent every nickel she and uncle Seamus spent a lifetime (his) accumulating… at $8500 a month or $102,000 a year.  And for this she gets… what? Dead? Likely. Sick? Will the skeleton staff ever notice?

Margaret: (to a visitor) “It’s so nice of you to stop by. My niece Fiona used to come by sometimes. But I haven’t seen her in a while.

Visitor: “I AM your niece Fiona and I’m here every day after work.”

Margaret: “Oh, of course you are! So how is your uncle Seamus?”

Margaret: “No he didn’t. I spoke to him on the phone just this morning. Tell me… who are you again?”

A hundred grand a year.  Good thing Aunt Margaret doesn’t know about that.

(EVERYWHERE) -- The economic impact of the trumpvirus is showing just how shoddy business practices are in this country. No one knows what to do because almost no one has a Covfefe Day Emergency fund.  But they still listen to Jesus’ Financiers, the televangelists who offer you blessings in return for “just a small contribution” to “our ministries.” WWJD?

(BRISTOL CT) -- Beleaguered ESPN has finally found a sport it can cover, Baseball in South Korea. Fans are flocking to the channel.  Where’s Keith Olbermann when we need him?

(NEW YORK) -- Andy Lack is out as head of NBC News. Again. He may have had some little troubles with people like Brian Williams, Matt Lauer and Megyn Kelly.  But at least he never blew up a truck like his predecessor in the early 1990s.