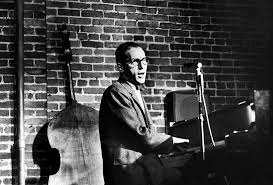 Tom is a retired math professor who moon-lit as a singer-songwriter. He was born on April 9, 1928 which makes him 92 years old.  And a lot has happened to that neighborhood scourge.  The Old Dope Peddler is sitting in an office at 1600 Pennsylvania Avenue, Washington DC 37188.

He’s hawking a drug that can cause hallucinations.  If that happens to him, no one will notice.  But it also can cause serious heart conditions.  And if that happens, everyone will know it.  And it’ll be “the biggest heart attack of any president…” (Subject clutches chest. Cannot complete the sentence.)

It’s supposed to be used only in formal medical studies or administered in hospitals to patients with Yellow Fever or Malaria.  It works on Yellow Fever. Does it work on Orange Fever?

This stuff is called Hydroxychloroquine. It’s hard to spell. It’s hard to say. It’s hard to tell how much of an investment in the manufacturer trump has.  But the occasionally reliable website Business Insider says it’s a small stake, worth about one thousand dollars.  If enough robots ask for and receive prescriptions, the price will probably rise, shortages -- real and fictional -- will be manufactured and the cheap stock will become a best seller.  For a short time.

(NewRoses, PA) -- a local recipient of trump’s welfare check for $1200 a pop received a follow up letter from the IRS. It was printed on White House paper and there was trump thanking the guy for accepting the check. How nice.

(New York) -- A federal judge ruled that trump’s children can be prosecuted for participating in a pyramid scheme.  No problem. Attorney General Barr and the John Roberts Chorale will likely overturn the decision.

TODAY’S QUOTE:
“As democracy is perfected, the office of President represents, more and more closely, the inner soul of the people. On some great and glorious day, the plain folks of the land will reach their heart's desire at last and the White House will be adorned by a downright moron.” --H.L. Mencken

I’m Wes Richards. My opinions are my own but you’re welcome to them. ®
Any Questions?  Send to wesrichards@gmail.com
© WJR 2020