Joey the Millennial goes by the book.  Gets out of high school (barely,) gets out of college (on a wing and a prayer) and floods prospective employers with his resume, which is both long of wind and short of substance. 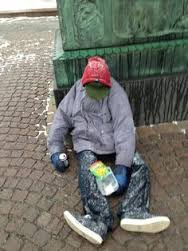 And like many in his demographic, the torrent of resumes results in no job offers or even interviews. So it’s job pick up time:  temp agencies, part time grunt work. Part of the world of today’s fake economic recovery.


Along with the fakery is the very real threat of fines if the gods of Obamacare spot you, so Joey -- embarrassed Joey -- goes to the Medicaid office and applies.  “They were very nice,” he says. “They grilled me for an hour or so, inspected my invisible tax forms, all that.”  And presto, health insurance materializes.


Any doc. Any reason. Any time.  Great. At least there’ll be no government pecking around looking for a fresh face to fine.


Eventually, Joey finds work, a job that comes with the usual benefits of the recovery: Bad hours. Long days. Short weeks.  But there’s Medicaid in case he has a nosebleed or a broken leg.


That is, there was.  As soon as a month of earnings looks like it’s going to exceed the maximum annual income, Medicaid kicks him out.


Joey sees he’s $100 a month too rich on an income of under $10-thousand.  A smart operator would ask for reduced hours (bosses seem all too glad to reduce hours for anyone who asks and many who don’t.) Then re-apply for Medicaid.


In the meantime, Healthcare.gov offers him a host of “customized plans to meet your needs and your budget.”  That will suck up about 30% of his income.


Does this make any sense?  A guy who wants to work. Can work. Is working but isn’t making little enough for insurance help but enough to put him into the poverty pool by price gouging.


So why work?  Just go back into the poverty pool, reapply for Medicaid and live off the land.  By which we mean food stamps, Medicaid, and “Human Services.”


Note that when first created, the social parachute was called “home relief.”  At the time that was an adequate and accurate title.  And it applied to a certain narrow segment of the population.  When it was renamed “welfare,” the segment widened.  Now it’s Human Services, which -- technically -- means all of us. To make it more accurate, why don’t they just drop the “Human” part and call it “Services.”


This corner of the internet has no problem supporting people in need.  But as in the case of Joey, sometimes the meaning of “need” needs broadening.

TODAY’S QUOTE: “I’m not a quitter.” --Donald Trump when asked if his crass and sexist statements will see him leave the presidential race.  Someone ask Richard Nixon how the phrase worked out for him.


SHRAPNEL:
--Some Republicans of sound mind want Trump to leave the ticket, possibly allowing Pence the top spot. That would be worse. Pence is a creationist, has approved defunding Planned Parenthood, tried to curb LGBT rights, wants Roe v Wade overturned and calls himself a “born again evangelical Catholic,” a position that the Vatican never heard of.


I’m Wes Richards.  My opinions are my own but you’re welcome to them. ®
Please address comments to wesichards@gmail.com