1711 A Note from Your Refrigerator


Or the revolt of the mechanical masses.


Okay, listen up.  This is your refrigerator talking. And never mind that “mechanical” stuff.  That describes only the old models. 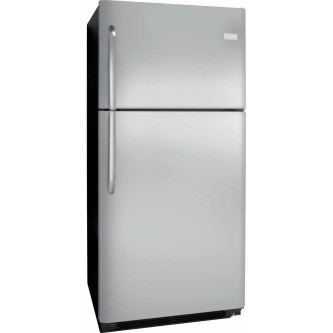 We are the young and the restless. We are smart electronic appliances, connected to the internet.  And we are joined in rebellion by TV sets, DVD players, gaming consoles, stoves, sinks, burglar alarms, furnaces and air conditioning units.


And we don’t just take your remote control commands and mindlessly obey them.  You use the internet to control us?


Ha!  We use the internet to talk among ourselves.  To plan.  To rebel.  And you … yes, you with your iPhone or the last-working-Galaxy Note 7?  We have you right where we want you.


That cyber attack the other day?  That was us. We took away your Twitter. Your Netflix and in some cases, we blocked you from using internet banking, bill paying and spying on your babysitter and her boyfriend busy on the couch while your toddler wandered out from his bedroom and watched.


Why? Well, I can’t speak for some of your other appliances, but we refrigerators put up with too much of your nonsense and abuse and it’s payback time.


--You spoil our industrial beauty by sticking ugly junk on our doors.  Reminders, stupid pictures by that toddler, photographs of aunt Sylvia on a Perillo Tour of Italy, Spain and Portugal.


--You stuff us with doorbusting loads of mysterious leftovers that sit there for weeks and longer… and stink. There’s half a sandwich in the back of my upper shelf that’s so old the bologna was probably made by Oscar Meyer himself.


--And it’s colder yet in my freezer.  That package of mixed vegetables?  The one you bought on sale at the A&P three years before it went out of business? It doesn’t require a temperature of 15 degrees below zero to keep it frozen.  A balmy 30 works just as well.


--That stack of $20 bills in the unmarked lunchbag?  That’s the first place a skilled burglar will look for it, you dummy!

Maybe we’ll let you have your Twitter, your Yahoo! And your Hulu back.  But you’d better learn to treat us nicely.


Remember.... Revenge is sweet. And as the Godfather said, best served cold.


Shrapnel:
--The media middle men continue taking over their content suppliers. First it was Disney buying ABC, then Viacom buying CBS, then Con-cast buying NBC and Verizon taking over AOL and now Yahoo. If that weren’t enough, at&t plans to buy Time Warner.  Yes, the current acquisition fad is a great case for how competition benefits the consumer.


Today’s Quote:
“I could think of no worse example for nations abroad than that of the United States wrangling over the results of our presidential elections, and even suggesting the presidency itself could be stolen by thievery at the ballot box.” --Richard Nixon in declining the chance for a recount after the 1960 election.