Okay, folks, step right up. The auction will be later today.  And here’s the grand prize: 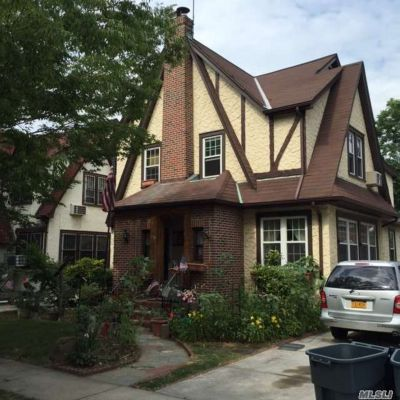 That’s an ordinary house. Nice. But nothing to write home about.  It is 85-15 Wareham Place in Jamaica, Queens.  And it is the boyhood home of Donald Trump.


The owners don’t know how much to ask, so they’ve put it up for auction.  The reserve -- about $800-- thousand is the bottom. It goes up from there.  The original asking price was $1.4 million or so.  But the owners say they think it may be worth more.  In case you have some spare change in your couch and want to bid, here are the details from the real estate site, Street Easy:


Just think! Here’s your chance to own the place where the infant Donald threw his first tantrum.  Where he hid his girlie magazines.  Where he ran when someone he bullied threatened to call Mommy or Daddy or the cops. The bathroom where he learned to use the potty.  Maybe that finished basement is where he learned to grope girls’ private parts.


There’s a rumor Dondon may bid on the house which he would then bronze and move to the roof of the Trump Tower or to the West Lawn of the White House where it would replace Michelle Obama’s vegetable garden.  Fat chance of that.


Probably untrue anyway because it’s not nearly tastelessly garish enough for the present day version of Candidate Trump.  Of course it would make Jamaica Estates Great Again.  No. Wait. Drop the “again” part.


Some cautions, though.  The de Blasio snowplows don’t get there until they’re finished with Manhattan and Brooklyn.  Twice. The schools are rated near the bottom of the Great Schools rating list.  The street crime rate while relatively low is relatively high per capita.


The Auction is at the Roosevelt Hotel 45th and Madison.  Bring a bank check of $90- thousand with you to show good faith.  If you’re early enough and  play your cards right you can take advantage of the self- described lap of luxury’s one dollar breakfast.  But they won’t cash that check.


How someone would want to sell this important piece of Americana is beyond explanation.


Shrapnel:
--Poor Bill Belichick, coach of what may be the NFL’s most annoying team, the Patriots. Bill’s giving up his Microsoft Surface tablet which most of the league uses during games and which are supplied in a sponsorship arrangement with Microsoft. Too unreliable, he says … new problems with every game.


--The league, known for its honesty and forthrightness, stands behind what is likely a lucrative revenue stream and says the tablets have speeded communication among coaches.  The supplier stands behind its product’s reliability but says it respects Bill’s decision to ditch the thing.  Which is corporate-speak for Belichick is a backward traitor and doesn’t mind biting the hand that feeds him and was unkind to his mother.


Today’s Quote:
“We wish him success as he goes forward.” -- Noah Oppenheim, NBC’s executive in charge of the Today Show announcing the firing of Billy Bush, the Olympic liar and Trump hot mic sex talk confidant.  Yeah, right, you wish him luck.