Corporations are trying to show you what good citizens they are and you are drinking the Kool Aid. 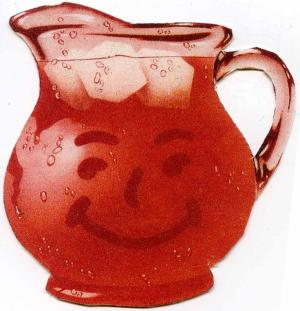 Here are some recent examples:

--The makers of Epi Pens have figured out a way to have insurance cover their outrageous price increases and selling it to you as a benefit.  Someone’s paying all those hundreds of dollars for those life saving 59 cent devices.  But since you’re not, why complain?

--Koch Industries has a daily double working.  In one they show how they’re trying to figure out new ways to  clean coal emissions, underscoring how ineffective the current “clean coal” really is. The other shows efforts to produce drinking water from polluted killer gunk.

The efforts are noble. The ads are gorgeous. The results are unlikely and even if produced will be priced to make sure you don’t benefit.

--British Petroleum is finding ways to not spill oil over a hefty chunk of the gulf coast.  Barn door locked after horse escapes.

--Wells Fargo fires its CEO on discovery that on his watch the bank was scamming customers.  And it advertises how it’s “Making things right.” Another barn door locked.

These are only examples from unrelated companies. But you see the connective tissue here, right?

We listen to this stuff and we come away thinking “oh what good corporate citizens we have here in the USA.”

It’s not a conspiracy.  We know for sure the CEOs of these companies do not regularly play golf together although lots gets decided that way.

It’s the corporate “walk and talk” technique developed by plumbing supply salesman John Gotti when he suspected his Ravenite Social Club was bugged and so he took his sales force to the streets where their discussions couldn’t be heard.

No, it’s not a conspiracy, it’s just like minded folks doing what comes naturally: putting one over on you. They don’t need to conspire since they all bend in the same direction.

Meantime we keep buying the con.  Oh, isn’t it great that Koch Industries is trying to purify water?  Well, yeah. It is. But don’t worry, they’re not going broke doing it.

As yourself, what does jacking up the price of an epi pen do to your eventual cost of health insurance? Sure, you don’t have to pay their usurious price.  But eventually, you will -- without knowing it.

At least the makers of Xarelto had the grace to pull the ads featuring Arnold Palmer after his death.

Shrapnel:
--The FBI planted a listening bug in my nine iron.  In frustration one day I threw the club into a water hazard.  I’m now charged in the electrocution death of an alligator.

Grapeshot:
-How old is the world’s oldest fruitfly?
-Where do deer go for treatment when they’re bitten by deer ticks?

-If there were no nonsense syllables, would Paul Simon still be able to write lyrics?

Today’s Quote:
“I don’t know that we can control what goes on behind the curtain.” -- Delaware Elections Commissioner Elaine Manlove asked whether voting booth selfies are legal in her state.

I’m Wes Richards. My opinions are my own but you’re welcome to them. ®
Please address comments to wesrichards@gmail.com
© WJR 2016