4578 News as a Service Industry 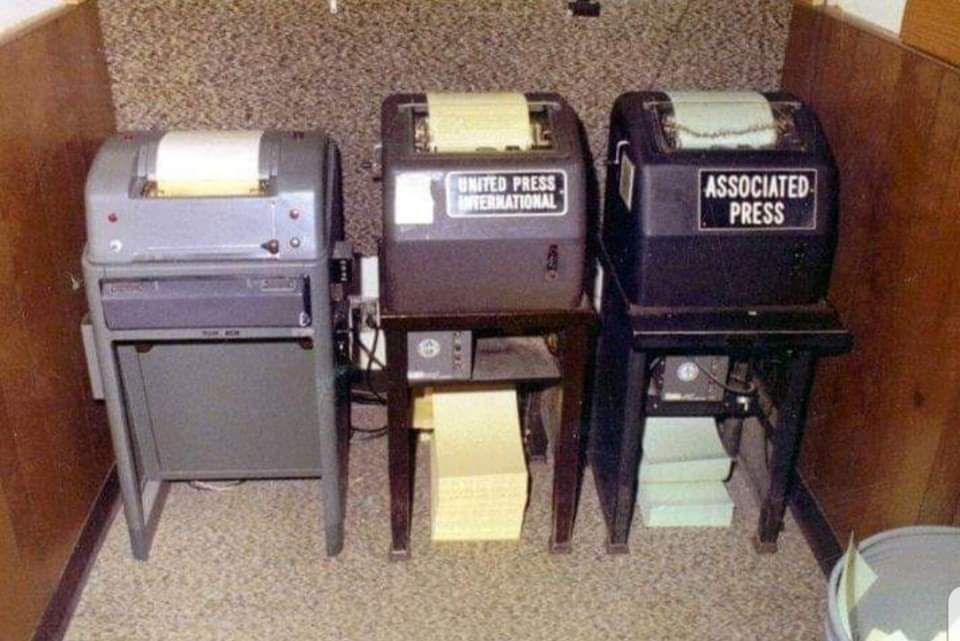 Note that the UPI printer uses yellow paper (and purple ink) while the AP’s uses gray paper and black ink. Metaphor for their approaches.

News is a service business.  One slight difference… one of the several ways the service is delivered is with a physical product, a folded sheaf of papers.

How you use the biz and how you have it delivered is up to you, though if it’s that sheaf, you’d best prepare to change systems.

And choice plays a big part in your decision, as with any service.

You run out of money, go for service: find a loan shark or payday loan company. If you don’t like those choices, you can take one step up and find a pawn shop.  If you’re really uptight, there’s always the bank.  Or you can run up your credit card.

More on choice: If your roof leaks, you don’t call for a full scale house renovation, you call a roofer.  When the car won’t start, you call for a jump or a tow, not Elan Musk.

So what’s the point, here? The physical newspaper has become like horse carriages, fountain pens and 1957 Chevys. There’s a fan base for all those things.  Musical saws, reruns of Seinfeld, original model Waring Blenders and Maytag ringer washing machines, too.

The fans move on.  In the case of printed newspapers, the niche remains pretty big.  And like vinyl records, there always will be a market.  But the rest of us have to hunt down other sources of information.

And there’s a problem with that.  Where to turn.

No more.  CNN and its competitors have become advocacy panel shows, sometimes less real than the corrupt quiz shows of yore and the corrupt “reality” shows of today.

Many of the all news radio stations that followed WINS have become cases of audio bulimia. No one’s watching the store.  And if you live outside a major city, your local radio and TV stations mostly cover fires, building collapses, shootings, stabbings, auto crashes, but not corrupt companies or corrupt governments.

So the big news takes place on the internet.  But without the constraints of a New York Times or even a National Enquirer.  Here’s an old cartoon from the early days of computers: 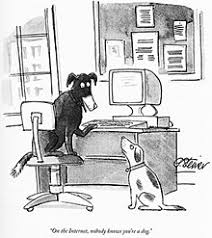 From Wikipedia. Caption: On the internet, no own knows you’re a dog.

But now that most computers have cameras, we DO know if we’re talking to a dog.  But when it comes to news, it’s a different story.

I’m Wes Richards. My opinions are my own but you’re welcome to them. ®
Any questions?  Wesrichards@gmail.com
© WJR 2020