4571 Sports Betting Workaround or A League of Their Own

Note: This post is satire. Do not do what it says or you probably will be arrested and so will I. -- WR 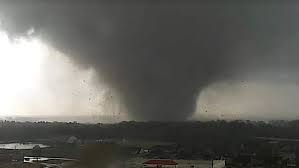 If you guessed where it would touch down, you’d have broken the bank.

What is a bettor to do? Here it is, Friday. ESPN is rerunning the Little League World Series from 1992.  Yankee Stadium? If you could get in, you could watch the ghosts of Ruth and DiMaggio and Lou Gehrig before he had Lou Gehrig’s disease go up against the ghosts of Boston… Yaz, Ted Williams, Schilling.

But you can’t get in.  There’s no baseball, no football, no hockey, no basketball.  The Covfefe Virus has killed all that… and Boxing and horse racing, and even the trotters.

This leaves America’s sports gambling junkies with nowhere to throw away their money.  And that graft check from the Federal Government is burning holes in their pockets even before they’re written and trump signs them.

Here’s the answer.  Bet on the weather.  Before we get into the details, some context.  Weather forecasting in America is structured much like professional baseball.

Majors (NOAA.) They’re followed by the minors which teams are designated with some number of the letter “A,” starting with AAA and working down to a single A.

AAA: The Weather Channel
Double A: Accuweather
Single A:  your local TV forecasters and the various smaller private weather services.

All data derives from NOAA.  Everyone interprets it differently.  And there’s data aplenty, just like in baseball and the Racing Form and the Wall Street Journal.

What time will the rain start? How heavy will it be? Is it a record? Same with the temperature at 4 PM… record high, record low. Or even just the reading.  Win, place, show, like at OTB. You bet on “show,” so even if you’re wrong you walk away with something, probably pocket change.  But something.

The problem with this temporary substitute for sports is twofold.
Fold One: If the Virus lasts longer than expected, it could displace sports betting permanently.

Fold Two: Organized Crime -- which we all know doesn’t exist and is simply the invention of people who don’t like Italians, Chinese, Viets, Colombians, Mexicans, Russians, etc.  Organized Crime isn’t organized well enough to get this all together fast enough.

So, you have to take matters into your own hands. Surely, you know a guy who knows a guy with money to lend (at prime + 287%?) And who can put together a little local action.

Now some alternatives to weather betting:

--How many times in his next public appearance will Pence mention his boss?
--How soon the mortgage company realizes you’ve stopped paying.
--How soon you go stir crazy by staying home.
--The birth rate nine months from now.
--Housing starts for April, 2020.
--Purell futures.

Virus notes from all over.

(WASHINGTON) -- Pence says US virus spread is most like Italy’s, according to a White House Model. Why can’t the model speak for herself?
-0-
(NEW HYDE PARK, NY) -- Long Island heart doctor Perry Frankel and colleagues are taking their 40-foot medically equipped tour bus to the homes of patients needing treatment.  Insurance accepted, but the bus fare depends on your final destination.
-0-

(LAS VEGAS) -- Gazillionaire right wing crackpot Sheldon Addleson has temporarily closed his casinos but in a corporate shocker said all 10-thousand of his employees will be paid at least through the next two months.

(PEOPLES REPUBLIC OF PENNSYLVANIA) -- The state closed all its liquor stores, a monopoly, but now says you can order stuff on line. Their website says “We can’t take orders now, overloaded, try later or in a few days.”

I’m Wes Richards. My opinions are my own but you’re welcome to them. ®
Any questions? wesrichards@gmail.com
© WJR 2020