4638 September Eleventh and the Virus 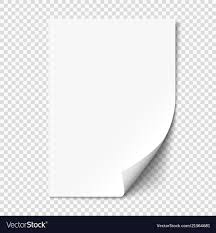 This is what the virus looks like to the naked eye.

The figures don’t tell the whole story. Today is the 19th consecutive annual day we remember the hours the world changed; shorthand, 9/11.  About 3,000 dead. Who knows how many in the aftermath? Countless lives disrupted each in a different way. Hundreds of millions of dollars in property damage in the first major attack on American soil since Pearl Harbor.

And now we have COVID19. The infection count hovering near one quarter million in this country alone.  And again, thousands of deaths and many aftermaths? more to come. Countless lives disrupted each in a different way. Hundreds of millions of dollars in lost or destroyed business in the only pandemic any of us will ever see.

We’ve long said the farther you were from the Trade Center, the Pentagon or the crash field in Pennsylvania, the lower and less durable your emotional reaction. That’s still true. And it’s true of the pandemic.  Except this time, ground zero isn’t a tiny spot of land on a small island on the eastern shore, a building complex in metro Washington or acres of farmland.

Ground zero has come to you.

The flying Islamic terrorists misread us. They picked

what was to them symbols of all they hated about America.  And they underestimated our willingness to dive into the wreckage, rebuild it and seek vengeance.  They picked a country that pays far less heed to symbolism than they do.

The virus can’t read. Instead, it spreads to every home, every street, every corner of everywhere. You never know if or when the attack will hit you.  And while this time there’s adequate warning and ways to minimize the biohazard, the terror doesn’t know or recognize its effect on you. Nor does it care.

Were either of these matters avoidable?  Yes and no.  The Bin Laden crowd or something like it was going to attack us somehow. They’d done it in the past. There was no reason to think they wouldn’t again.

But what we got from the White House and from much of Congress was hot air. And deaf ears to the warnings of scientists and virologists and public health experts who’d spent a lifetime researching and trying to fight such germ warfare.

We had the medical equivalent of radar to know what was happening. We had warnings that were silenced by the louder bellowing of politicians bloviating and telling lies. We had to search for truth when truth is what our so-called leaders should have amplified, not muffled.

At this writing, pharmaceutical labs are working on vaccines.  Localities are mostly doing their best with inadequate resources in teaching us how to protect ourselves and enforcing that protection, haphazardly at best.

From Washington: we couldn’t hear the messengers.  Thereby, the messengers started to kill us. They were aided by a vast and scattered mob of the delusional, the disaffected, and both the embracers of authority and its rebels.

We can’t stop COVID any more than we could stop an airliner crashing into a building.  But we can and must replace the messengers who still try to kill us.  And maybe this time, the figures will tell the whole story.