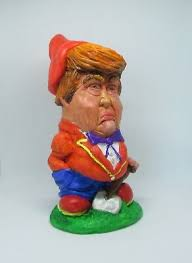 A deranged garden gnome burst through the living room wall last night.  It was drenched in brimstone and stank of sulfur. It was having a seizure of epic magnitude, its face twisting in pain or in hate and demanding that the sound of its agony be all that anyone heard.

The debate was supposed to feature two grown men and a moderator.  Instead, it featured the apoplectic gnome, a befuddled but well-meaning opponent and a moderator whose glands of reproduction and whose spine melted before our eyes on live television and whose arm froze in midair en route to the switch that would have turned off the gnome’s microphone.

His words were a festival of lies, lies about the economy, the coronavirus, equal rights, environmental wrongs?

Former vice president Biden could have been declared the debate winner by never opening his mouth.  But that’s not what happened.  What he tried to do was get a word in edgewise. Sometimes he could.  When he did, he was exposing the lies of the gnome.  Oh, and occasionally offering a plan to offset the years of damage the gnome has wreaked.  And he spoke right into the camera, right at you, eye-to-eye.

Then, there was the melted gonad and rubber-spined moderator, living proof that the apple CAN fall far from the tree. Chris Wallace, what would Mike Wallace do if caught in a s*it storm like this?  He may have just sat back and let the gnome destroy itself.  But more likely, he would have directed the control room to cut the video, cut the audio and put up bars and tone. 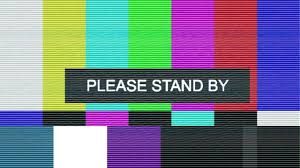 Or maybe he’d just show a clip of the movie “Animal House.”

In any event, last night’s debate taught important lessons. When your candidate can’t follow simple rules his handlers agreed to, when he interrupts everyone like a spoiled child, when he’s a convicted liar and tax cheat, when he kneels before or embraces other dictators, you have to vote him out. You have to.  Now, go and do what you have to do.