4648 Firmly Fixed in the Heavens 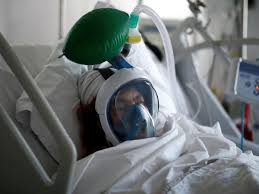 Note to readers:  As of this writing, trump remains hospitalized but his keepers are considering letting him out at any moment. That’s White House arrest with an ankle bracelet.

What is firmly fixed?  Why, the unchanging and immortal G_d, of course, at least according to Psalm 119:89.

Earth to trump: You are not a god, even if you try to play one on TV.  You are not unchanging, and you are not immortal. For those two things, we are collectively grateful. Even the handful that still like you.

But now you are sick in a new way.  It’s not the sicknesses we all know you have: Sloth, Greed, lying, science denial. You are infected by the affliction you often refer to as a hoax, COVID 19.

They helicoptered you to one of the country’s great hospitals, Walter Reed.  They fed you with magic potions, there in the fantasy ward. It’s stuff no one really knows will do you any good.  They put a mask on your felonious nose and mouth.  But this is no ordinary mask, the kind we buy by the boxful from Dollar Tree, Shopping TV and the internet.  This is a mask with a hose and the hose is connected to an oxygen tank with an open valve.  So far, they’ve gassed you twice that we know of.

They are feeding you hospital food, which is awful even in the Hospital of Last Resort.  No Big Macs for you, Mr. “President.” No Diet Coke either.  Rubber chicken, lime Jell-O and if you’re lucky, an artificially sweetened chocolate chip cookie.

Yes, trump, your attempt to portray yourself as immortal and indestructible goes right out the window along with your feigned self confidence, your bluster and your usual manners which can most accurately be described as Emily Post’s Worst Nightmare and biggest failure.

And where is that walking Titoist plastic surgery ad of yours? Didn’t she catch the virus, too? Or was that another one of your lies, sparked by her unwillingness to stand near enough to you to catch your germs? Is she being treated, too? Maybe on the couch in the Major Donors’ lounge?

Let’s look at some of the least outrageous conspiracy theories.

1.    trump faked getting the virus so he can make believe he staged a miraculous recovery and despite his morbid obesity and advanced age, quickly overcame the disease we shouldn’t be dreading.

2.    He’s sicker than his doctors are telling us,

5.    The guy riding around in the “airtight” car? That wasn’t trump. It was a body double.

While these are suspect, they’re also possible. Other conspiracies exist. They are so stupid they’re unworthy of your attention.

I’m Wes Richards. My opinions are my own but you're Welcome to them ®