4649 A Couple of Bad Old Boys From Queens 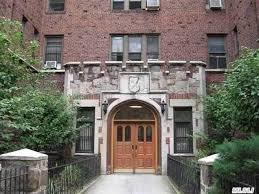 Listen up, Donnie.  I’m going to make it so simple even you can get it. We’ve never met. That’s kind of unusual because one of us is a news guy from Sunnyside and one of us is ...um… whatever the hell it is you are from Jamaica.  But we know each other, you and I.  (Yeah, yeah, Jamaica Estates. Like that makes a difference?)

You and I both made it this far using similar assets: A knack for turning nothing into something based on a scrap of talent, desperation to succeed, a sense of entitlement and a knack for turning a phrase and gift wrapping all of this in bullshit.

But while you may fool some of the people all of the time, you don’t fool me.  You’re the guy who would have tried to steal my lunch in fourth grade. But I would have seen you coming.  And I could only have imagined the look on your face when you opened my brown bag and found it was full of fossilized dog droppings.

You're the guy who tried to steal someone’s girlfriend and you still have her teeth marks on your whatsis.

Some of us pitied you because you tried to learn finance from your father, a guy who had actual cash stuffed inside coffee cans buried in the backyard, but you were too much of a klutz and slow learner to dig deep enough holes.

You finally learned and now you’ve dug a hole big enough and deep enough to bury the whole country.  But with any luck, you’ll collapse exhausted as you try to shovel in enough dirt to cover it back up.

Then there were the important lessons, besides the ones from Daddy Dearest.  Roy Cohn.  How did you ever put your homophobia on hold long enough to learn anything from Roy.? Or were you in the closet with him?

Roy’s the one who once said “trump (pees) ice water.”  You made the old McCarthyistic proud.  And that, in your world is something for you to be proud of.

Daddy must have been proud, though.  He was the Great Professor of Racism and Antisemitism and he finally found subjects in which you excelled.

One bad old boy from Queens to another: is there a part of you that realizes you’re a sham and a fraud, the kind of guy who carves extra notches in his headboard so people think you’ve “been with” more women than you really have.

The kind of guy who invents a preposterous affliction that lets you dodge military service? Or bribes your way into admission at a prestigious college? The kind of financial “very stable genius” who moves money around in ways that make people believe you actually have a second nickel to rub against the only one you really have, the one you stumbled over on the street and picked up?

You have to know in your deepest heart of hearts that you’re not a “normal” person or maybe even any kind of a person. Oh sure, you’ve learned to walk on your hind legs at least when you’re in public.  If only you could use the kind of work and determination that must take to do some good in the world.  If only you knew what good is.

Learn that Putin and Kim are mocking you. And do what we bad old boys from Queens do best: Mock ‘em back as you exit, stage right.  It’ll be the rightest exit anyone will ever make.  It would be Yuge, Yoooj.) No one can top you in an exit like that.

I’m Wes Richards. My opinions are my own but you’re welcome to them. ® And in your case, bad boy, they should be yours, too.

Write to me, Donnie.  I’ll send you my phone number. We can talk about this.  But remember, I’m not Joe from Scranton or Hillary. Or even Chris Wallace. You’ll learn what it feels like to be cut off in a conversation and what happens when you hover menacingly over someone you think is smaller and weaker.