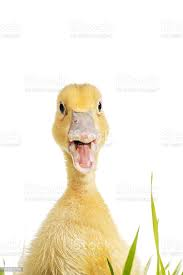 "Atlas Shrugged"is the title of a novel in which unfettered capitalists manufacture a paradise propelled by their collective “genius.”  It’s the book that put Ayn Rand on the map as the Grandma of Laisses Faire nutjobs and later the Libertarian revolution, which she hated as "hippies of the right."

Her idea was if the job creators went on strike, the world would fall apart.  Her heroes mattered. The reality versions don’t matter as much.  Her heroes were heroic in that fictional way that big wheels in big novels are.  Reality versions?  Well, you might enjoy sharing a table at Dairy Queen with Warren Buffett.  But Bezos probably gives you the creeps.

Now we have “Doctor” Scott Atlas who has shrugged off mask-wearing and advocated for “Herd Immunity.”  Just another quackpot. Except this guy is a bigshot in the trump administration, and therefore, regular people pay attention to what he says.

The guy is so off the wall, even Twitter couldn’t let him quack on.

Here’s how “herd immunity” works.  Everyone gets vaccinated, few get the disease.  It fails to spread. When it does, it’s mostly a minimal version.

And that does work most of the time. Atlas’ version omits the vaccination step since there is no vaccine.  So in his view, everyone gets the disease we each build our own antibodies and -- presto -- no more COVID 19.

Duck S*it!  DIY medication doesn’t work.  It builds addicts, builds the population of infected and infectious people, and leads to undesirable consequences like, you know, death.

This all is what happens when you get a guy like Quacklas whom we can easily assume got his MD degree from a school that advertises on matchbook covers and has the endorsements of some scholarly geniuses like, say, Betsy DiVorce and her cabinet mate Ben Carson.  (Dr. Carson has the hand-eye coordination of the Deity but the rest of his brain is on lifetime sabbatical. DiVorce remains on the waiting list for a frontal lobe transplant. She has a high number and may soon age out of contention.)

If you want a short term job in the twilight moments of the trump administration, just figure out some harebrained medical miracle, pick up a fake MD degree on one of the for-profit websites and send an email to whichever member of the cabinet is assigned to open the mail today Wednesday through Friday of next week.

No phone calls please. Your name in the Fox News Rolodex is not necessary, but it’s a plus.  Smokers and mask-shunners welcome. And you get to retire on full pension on January 20th, 2021.  Maybe sooner.

(NEW YORK) -- Mike Bloomberg, one of only two known out of towners to actually become New Yorkers writes in an opinion piece on Bloomber.com that no New Yorker should be fooled into voting for a con man like trump.

(Bloomberg’s from suburban Boston. The other known convert is some author/columnist/reporter from Louisiana whose name escapes me at the moment.  But the guy sure knows his Subways.)

(PALM BEACH) -- Rush Limbaugh announced to his three trillion radio listeners that his lung cancer is “moving in the wrong direction.” Translation: Dead man bloviating. As Woody Guthrie wrote, “So long, it’s been good to know ya.”