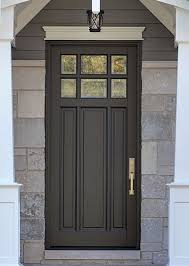 Co-ed. Now there’s an outmoded term if ever there was one.  But when you try to write snappy, attention-getting titles for a relatively obscure blog, sometimes a blast from the past comes in handy.  Plus, think about this: If the title had been “A pleasant looking young woman in a Joe Biden Hat at the Door,” you’d have skipped right over it.

I mean, so what?  It’s election season, we’re living in what’s supposedly an important swing state, Pennsylvania, in a well-known college town where many of the people seem to be Biden supporters, even if reluctant about it.  Nothing unusual to see here, folks. Move along.

Anyway, it was a Sunday afternoon.  A brisk autumn day as they go.  The doorbell rings. Who can that be? Usually it’s a delivery.  But almost no one except Amazon delivers on Sundays and while they’re fast, we only ordered the 2021 Calendars early that morning.

Jehovah’s Witnesses don’t visit on Sundays.  The immediate neighbors aren’t home. Oh, wait. The election is only a week away. Must be someone panhandling for votes.

Biden baseball hat, Biden sweatshirt. Fashionably Democratic-blue blue jeans.  Clipboard. You can see the smile in the eyes and almost see it behind the facemask.  She steps back as I open the door, something they train you to do to appear unthreatening in Famous Door-to-Door Sales University of Matchbook, Kansas.

“Do you know if he’s planning to vote?”

She. And she’s already voted.

I tell her.  And add that I’m not on her list because I am a registered independent, not a registered Democrat.

“Do you know who she voted for?”

No, but I have a pretty good idea.

“Do you think it was Biden?”

Is there anyone else running?

You know some other candidate, maybe Thomas Dewey or Abraham Lincoln?  I mention Lincoln because even freshmen (oops, I mean first year students. Gotta be gender-neutral) have heard of Lincoln if not Dewey, so she understands I’m kidding.

First year door-to-door student in the Biden hat asks “Did you vote for Biden?”

Of course. Is there anyone else running?

Then Ms. Hat asks me why I’m not a registered Democrat and I give her the one-liner from Will Rogers, with attribution: “I don’t belong to any political organization. I’m a Democrat.”

At this point, her freshman homework is to look up Will Rogers and Thomas Dewey.

She wrote the names down on a paper on her clipboard.  This woman has a future.  I’m relieved.

Either that, or she wrote down that the guy in (Address redacted) is nuts, but probably harmless.