4653 A Conspiracy Theory You Can Believe In 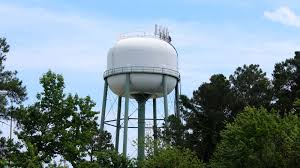 The think tank is empty

This can’t be accidental.  Someone or something is trying to dismantle America brick by brick and it’s happening right before our eyes.

The pseudopresident tells easily verifiable lies and then lies about telling them.  Example:  He refuses during a debate to say outright and out loud that he opposes white supremacy. Then when he holds a town hall television show, says “I’ve always been against white supremacy, but what about ANTIFA?”

Moderator: it’s an idea not an actual organization.

Pseudopresident:  It is a real group. It has members.

We tried a web search for antifa.com and couldn’t find one, though by the time you see these words, someone may have built and posted one.

There is a KKK.com.  It doesn’t have a “contact us” link, but does have one where you can sign up and join.  Someone just registered kkk.org.  It’s not up and running. Yet.  We can’t a find kkk.net.

Take any trump speech, tweet, TV appearance or ad you can read or listen to or watch. Lies.  You can fact check at any of a dozen sites that will confirm that the lie is a lie.

Then look at the appointees and nominees, and you will find a list of agency heads and acting theses and that's who've sworn to destroy the agencies they’re supposed to be running.  Most of these men and women have one of two ways of undoing the job they supposedly were hired to do.

1.   They do nothing and let it self-destruct.

2.   They do all they can to weaken the agencies. Like letting open jobs go unfilled or filling them with expense account no-shows or fellow incompetents and/or harrows and seed spitters of malice.

Most of them wouldn’t last as the pimps they’re supposed to be. A good pimp is a guy who does nothing but does it with great style and with a gaggle of streetwalkers and a waiting list of those who want to join.

Meantime, below the surface, a clot of newbie judges is busy undoing the safety net.  These men and women are rolling back environmental and medical protections that we’ve worked for decades to install and long taken for granted.

Wall Street is working hard to destroy main street. The Senate has become where good proposed laws and nominees go to die.

The Great Defenders of Capitalism sit back as their actions turn actual capitalism into dust.  The statisticians cherry pick numbers that make the economy look rosy. It isn’t.

All this takes money.  And where is that money coming from? Good question.  No real answers.  We can blame the thoughtless think tanks or the Koch family or the oil and pharmaceutical industries. But like the earthworms they are, they operate underground and silently.

When real earthworms prowl beneath the surface, you can easily dig them out if the early birds don’t get them first.  With the biped version, you don’t know they’re there. But they are.  And they’re coming for you.

(CHICAGO) -- Soprano Erin Wall would have turned 45 early next month but she didn’t make it. Wall faced operatic glory in the major leagues with Callas, Sutherland, Norman, and Schwarzkopf.  She wasn’t quite there yet but no one in the insular world of opera could doubt she would be.  Her flexible upper range was expanding downward as is required for some of the more ambitious roles. Wall died of breast cancer.  The voice and the disease ran a long race.  The disease won. The rest of us lost.