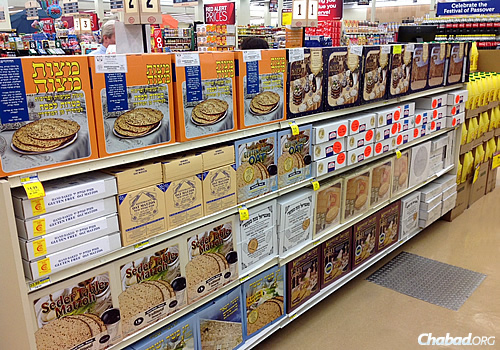 Nobody.  This by way of introduction to this year’s Passover Matzoh ratings.


Things must be tough in the bakery business.  The bad news is every brand tested at the Wessays™ Secret Mountain Laboratory came up short.  The good news:  the packages are getting smaller.


So without further ceremony (because there’s way more than enough of that at every Seder) here are the ratings.

STREIT’S usually is the best of a bad lot but this year wins but three stars.  This stuff is produced in New York and evidently aged in oak casks like a fine grape juice.  This year’s crop is brittle, dry and generally icky.

YEHUDA, imported from Israel where in colloquial Hebrew the word means constipated. Yehuda again lives up to its well deserved reputation as cardboard- like and brittle even by the standards of this baked good. It’s not baked good.  It’s barely baked at all.

MANISCHEWITZ, our perpetual last place major brand is about as it always is, proving the water in New Jersey is no worse than the water on the Lower East side or in Haifa.  This is the company that coined the market on “baked stale.”  And their secret has never been fully revealed.


Of course, matzah, especially Passover matzo is supposed to be stale.  But Manischewitz is the only brand that doesn’t have to be left out before it’s wrapped to get that Kosher For Passover crumble down pat.


Understand that we rate only these brands because they’re pretty universally available and consistent because they’re made by machine. But there are neighborhood bakeries here and there that make the stuff by hand.


So if you’re inviting guests for first Seder, you might want to try such of that as you can find. It doesn’t taste any better.  But you stand a chance of getting something in which most of the edges aren’t burned and you can say your matzas was hand crafted.


GRAPE (WHINE) SHOT:
-Did we miss any of the different spellings of the passover food item and if so please let us know.


-Awful no matter how you spell it.


-Transliterated so you can spell it any way you want.


-Can something be “pretty universal” or is that as bad as “very unique?”

Shrapnel:
--Here’s one sure way to know the chaos of life in the world of 2017 is real.  In a well ordered universe it would be impossible for UConn to be eliminated as one of  the final two in the NCAA Women’s basketball March madness. But it happened this past Friday when they lost to Mississippi State 66-64 in overtime, ending a 111 game winning streak along with hopes for a fifth consecutive national championship.


SPONSORED CONTENT:
A word from the Mike Flynn Legal Defense Fund.  General Flynn is a good man trying to get by on an army pension.  This is no small trick for a man of General Flynn’s stature and the demand for his services.


While certain European nations have agreed to “find means” to help him with legal expenses as the Trump administration and others try to drag him through the federal court system for simply trying to help spread American wisdom and knowhow to lesser nations, we believe there will be shortfall.


We urge you to visit our page on Kickstarter.com/Generalmike and do your part to preserve the reputation and standing of one of America’s great war heroes. (The first 100 contributors will receive a Mike bobblehead without a head.)

I’m Wes Richards. My opinions are my own but you’re welcome to them. ®
Additional reporting by Affi Khoman in Crown Heights.

Please address comments to wesrichards@gmail.com
All sponsored content on this page is parody.