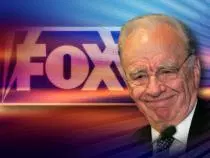 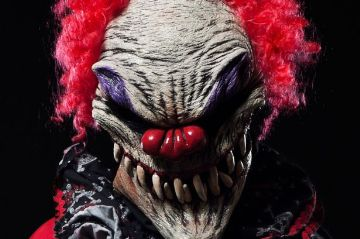 Rupert Murdoch’s growing soft in his dotage. Especially when his sons and heirs gang up on him.  It wasn’t bad enough that he threw Roger Ailes under the Greyhound.  Now it’s BillO the clown’s turn. (Thanks to Keith Olbermann who when still in his prime came up with the name.)

Yes, the impossible happened.  Again. Fox has shown its number one television drawing card the door and nudged him out.

And why?  Not because of his great humanitarian work. Not for his legendary ability to stage a lucrative nightly comedy show.  But just because he has been accused of a performance that recently brought the new President of the United States such adulation.

Here is the text of the “statement” Fox’s PR machine generated.  It’s short and to the point:

FOR IMMEDIATE RELEASE STATEMENT FROM 21ST CENTURY FOX REGARDING BILL O’REILLY New York, NY – April 19 2017 – 21st Century Fox today issued the following statement: “After a thorough and careful review of the allegations, the Company and Bill O’Reilly have agreed that Bill O’Reilly will not be returning to the Fox News Channel.”

So, Bill-O, once worth millions to his employer, now is worth 55 words. Oh, and an estimated $25 million in under the bus fare.

O’Reilly is just another Long Island blowhard with a boys’ high education (Chaminade in Mineola does not admit girls.) Then he worked or wormed his way through degrees up to and including a masters in either bullying or journalism.  No. Wait.  Bullying was what he taught during his short career as a private school school teacher in Florida.

Pompous, paternalism may have been his minor in grad school.

When Fox got going as a news channel, they had nothing to lose and O’Reilly apparently talked Ailes and Murdoch into taking a chance.

At that point they didn’t much care who was on the air as long as the needle moved.  O’Reilly and a parade of such leggy luminaries as Laurie “Duh” Dhue and Linda Vester and later Megyn Kelly and a host of other soft core news stars made Fox into a money printing machine.

So what if O’Reilly and Ailes went on leer patrol through the newsroom?  Issued invitations to “come up and see us some time” and gave fatherly pats of reassurance to the Fox Rockettes.

(Hmmm. Not really a good comparison. The Rockettes know how to kick butt and probably wouldn’t have stood for the kind of behavior that ultimately cut into Fox’s profits while keeping their mouths shut.)

Murdoch has always belittled political correctness which sometimes includes treating women like fellow humyns of at least potentially equal stature.  Except when cornered.

Now, he’s cornered.  By his own sons.  And at this writing we don’t know what BillO is getting in the way of goodbye money or how long he’ll have to agree to stay off the air to get it.  But the reports all say it’ll be (or has been) $25 million.

If Ailes’ settlement -- $40 million -- is any indication of the way things are done when the Fox is cornered in the henhouse, it’s unlikely that O’Reilly will be living in a minivan down by the river.

TODAY’S QUOTE:
-“Everything that we said in our statement is all you need to know.”  -- James Murdoch when asked for more information on O’Reilly’s separation from Fox News.

I’m Wes Richards. My opinions are my own but you’re welcome to them. ®
Please address comments to wesrichards@gmail.com
All sponsored content on this page is fake.
© WJR 2017
- April 21, 2017