(LONG ISLAND CITY, QUEENS) -- 5Pointz is an art museum.  But not the kind that raises jillions from the city’s genteel giving class.  And not the kind whose curatorial infighting makes it to the gossip column in the Times Arts & Leisure section. 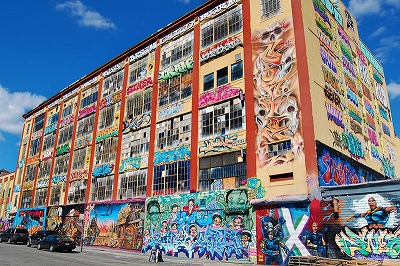 Queens Blvd Underground photo
It’s a quarter million square foot factory on Davis Street in Long Island City’s inner core where the map looks like a med school chart of the digestive system. You can see it from the elevated 7 train, the Flushing IRT as most still call it.


5Pointz it the self proclaimed graffiti capital of the western world, though the movers and sprayers would rather you didn’t think of it as “graffiti.” Smacks of west coast street gangs.  The art is completely legal, done with the advice, consent and permission of both the building’s owner and the city.


Landlord Jerry Wolkoff told the artists it was fine with him if they did their Aerosol act on his walls.  It made the building famous.


Meantime, Wolkoff also rented space to artists and charged them next to nothing.  But somewhere along the line, the hero landlord decided 40 years of more or less vacant space was enough and he’d sell to developers.


In darkness came the white washers and white washed over the art on the building. Stunned the next morning, the artists threatened court action, saying he could have/should have let them know ahead of time so they could remove such that could be harmlessly taken off the building.


It didn’t help that the city had gotten on Wolkoff’s case because he put up partitions for artists’ spaces on some of the inside floors and did it -- Heavens! -- without permits.


No one’s ever done that before.  Make changes inside a 125 year old former water meter factory and not bring in the building inspectors?  Never!


But the artists wanted more than just the retro-right, probably meaningless, to whup him in a courtroom surrounded only by two teams of lawyers, one in which no one wore a suit you can buy for under two grand.


No. They want a jury trial.  And now, a federal judge says yes, there will be one.


TODAY’S QUOTE:
-“I have made mistakes but I never had a sexual relationship with her.” -- Recently resigned former Governor Robert Bentley (R-AL) shown here with Rebecca Mason at the Intercontinental Hotel in Washington where they were “attending a conference” in February, 2014. 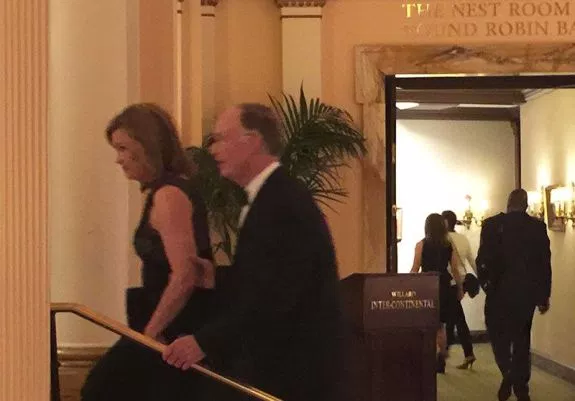 SPONSORED CONTENT:
A word from Uber-Air.  If you’re tired of airport hassles, patdowns, delays, fees for baggage and legroom, and cabins that smell like locker rooms and sound like nursery school, get our app and summon your own UberPilot.  Individually owned aircraft will take you non-stop to your destination.


There’s no TSA, no complicated hub and spoke routes, no weight restrictions. Bring along your piano if you like. Your UberPilot will greet you with a smile and a ramp to the freight hold.*  And no one will drag you kicking and screaming off the plane. Get the app free at Google Play or iTunes.
*Piano moving service available in select locations, subject to availability.  Some restrictions apply.


I’m Wes Richards. My opinions are my own but you’re welcome to them. ® Please address comments to wesrichards@gmail.com
All sponsored content on this page is fake.