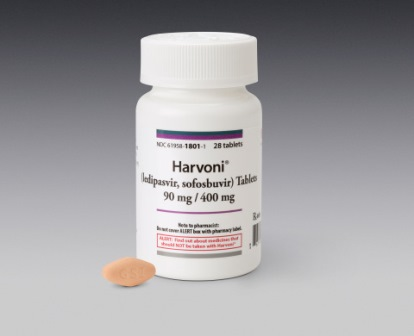 There’s been a lot of advertising lately for a drug that is said to fix you up if you have hepatitis C, which is no fun, we’re told.

Some of the ads simply say if you’re a baby boomer you have a decent chance of having this affliction, so get tested. OK.  Common sense.

Some of the ads are designed to scare the daylights out of you, but these normally have the good sense to ease your tensions by offering you a treatment … maybe even a cure.

The website WEBMD is among the jeer-leaders for newer drugs.  They warn against the possible results.  So does the ad for the widely advertised Harvoni.

As they often are, this is a splendidly produced commercial.  What they don’t tell you… never tell you is what these things cost.

Sometimes they suggest there are available discounts.

But here at the Wessays™ Secret Mountain Laboratory, the research department comes up with a cost figure at your local pharmacy.

FDA Warning: the rest of this post contains bone rattling, mind blowing information. Reading while standing is not recommended.

A 12 week supply, purchased without a coupon is Ninety-four thousand 500 dollars. That’s written out so you don’t think the figure $94,500. Is a typo.

So, the good news is if you lived in India, you’d pay less than 10% of the US price. The bad news: You’d live in India.

Chances are your health plan -- if you still have one -- doesn’t cover much of this.  There’s a steep co-pay and there are coupons to cover that.

But if you were born in the earliest years of the boomer era, you get medicare.  And your Part D coverage makes you ineligible for the factory co pay rebate.

Is the cost of this stuff extreme?  Well, if you ask the company of course not. But to most of us, it is.

Let’s say you take it for 12 weeks by raiding your IRA or selling your house and moving into an extra large mailbox at the UPS Store.  And let’s say 12 weeks doesn’t do it for you.  How many 12 week periods in a year? Four and change.

TODAY’S QUOTE:
-(It was) “a very, very successful mission,” -- D. Trump speaking after the US exploded the most powerful non-nuclear bomb ever over a tunnel system controlled by ISIS in Afghanistan and before there were any reports of death, wounding or damage.

GRAPESHOT:
-Is “very, very” a double positive and therefore self cancelling?

SHRAPNEL:
--All that infighting among various Murdochs about whether to fire Bilious O’Reilly is the kind of drama corporations like to keep out of the public eye. Too late.   Advertisers bailed like rats deserting the ship.

Note to readers:  Monday, inspired by Harvoni, we’ll explore some of the strange names we’ve given people places and things.