1787 Gopher Gardens and the Freeway to Nowhere 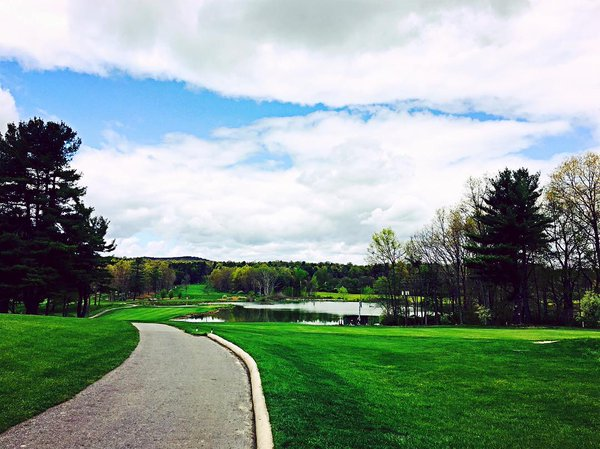 
Oh, and a golf course, topped as the biggest misuse of open space only by a football stadium.


In typical developer forethought, they didn’t build an adequate way to enter and exit or get around within it. The narrow former cow paths and foot trails are not wide enough for two pickup trucks to pass going in opposite directions.


Today’s smaller cars, golf carts and Hoverounds have no trouble.


Ever see a family of six traveling in a golf cart?  It’s not pretty. Ever see a Hoveround trying to make it up a 9% grade?  Not if anyone’s sitting on it. 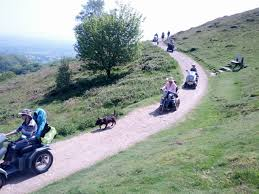 Viewranger photo
How’d they get up there to roll down?


A pair of F-150s can roll one set of wheels on the shoulder.  At least in those places where there is a shoulder.


Some shoulders double as runoff and drainage ditches. Nasty surprise for your fresh-off-the-lot Silverado.


Decades after building the thing, the municipal geniuses decided they’d make a real street from the outside world, a direct route to Gopher Gardens.   And that’s what they’re doing now.


They’re building an actual road. It costs $1.1 million which is kind of pricey since it’s only five or six blocks long. But if you calculate the cost by the hours of construction, it’s a bargain.  The cost per minute of work is way less than the cost per completed inches.


This project began in 2010.  Now, seven years later it’s only a couple of years shy of finished.


It’s also tough to drive through the construction zone. And while walking there used to be difficult, it now is impossible.


TODAY’S QUOTE:
-“Write the car number down and tell your boss.” -- NYC subway conductor to passengers needing a late note because a power failure at 7th and 53rd snowballed into big delays on 12 of the city’s 22 subway lines and made thousands late for work last Friday.


SHRAPNEL:
--The President is going to hold a rally to compete with the White House Correspondents Dinner.  It’ll be the biggest rally ever and if you don’t believe that, just ask him.  Too bad there’ll be no White House correspondents around to cover it.


--For however long it lasts, American Airlines learned a lesson when United dragged a passenger off a plane. When a male flight attendant got nasty with a woman passenger and nearly came to blows with others on board, the company suspended the guy. Sure, taking a baby stroller into a cabin is a no no, but there are better ways to store it that don’t start with tearing the thing out of a young woman’s hands and coming within inches of clobbering the baby.


--Lesson learned? Maybe not, since soon after this incident, American asked a well known and physically disabled African American minister, Grover Barber, to leave a commuter flight in Washington DC when another passenger made racist remarks about him.  In a stunning example of a victim accepting blame, Barber, president of the North Carolina NAACP Conference of Branches, left the plane as directed and flew home later.