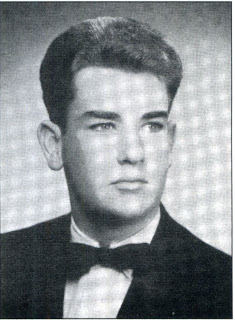 At the height of his own fame, Keith Olbermann called Bill O’Reilly Bill-O the Clown and often elevated him to the top of his nightly feature, “Worst Person in the World.”


But O’Reilly, the Fox News pasha of poppycock, is getting pounded for what appears to be “doin’ what comes naturally” at his workplace.


Ah, yes.  Fox, Rupert Murdoch’s wellspring of money he can use to keep the London Sun, the New York Post and other highbrow presses rolling.
It’s the place that fired co-founder Roger Ailes for trying to score with the ladies who didn’t wish to reciprocate. We know who didn’t. We don’t know who -- if anyone -- did. 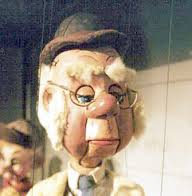 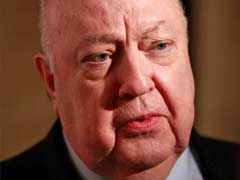 
The Ailes and the Bill-O cases cost Fox in the millions.  But Bill is the top ratings dog in the fantasy world of Fox, so what happens next remains to be seen. For now, his sponsors are clawing at each other to reach  the exits like patrons at an after hours nightclub fire in the Triangle Shirtwaist loft.


Grist for the rumor mill: Bill-O is finished.  Bill-O’s ratings will tank.  Nothing will happen.


Fox plays blindsided and offended that any such harassment could happen on its soil. And when it fails to convince anyone with its crocodile contrition, eventually delivers what crooked cops call “the pad” --  though not in the traditional unmarked envelopes but in a long parade of individual checks verging on but not quite making ten grand each.


At least this benefits sexually harassed women because this case, runaway inflation is good for the victims who formerly had to settle for chump change and bus fare.


Of course, money isn’t the answer. The picture some guys have of women are kind of cromagnon. What’s wrong with that view?  Well, it may disprove Darwin.


Bill-O denies all the accusations but has shelled out some of the comp money on his own.  After all, President Trump has called him a “good person,” whom he “knows well.”  (And later is likely to deny the “knows well” part.)


TODAY’S QUOTE:
-“Jon Stewart hires people that he thinks are funny.  That’s it.  That’s the only requirement.” -- Olivia Munn


Have you been hurt by sexual harassment at a television network?  If so, you might be entitled to compensation in our class action suit.


Multimillion dollar settlements have been set aside to compensate victims of abuse as we and the courts work out a general agreement.  Call Seymour & Doolittle today at 1-855-NET PIGS.  The call is free.  The consultation is free. And there’s never a fee until we get money for you.


Call S&D today and let them know you mean business!


SHRAPNEL:
--McDonald’s is getting out of the cryogenic burger patty business by substituting fresh beef for frozen in its Quarter Pounders. Do you think the frozen beef came from cows that died during WWI and and stuck alongside Walt Disney in the Kelvinator?  Chances are you won’t taste a difference, especially with all the condiments they use to smother the patty.


--Amazon.com is killing Staples which hasn’t shown an operating profit in about ten years according to Bloomberg News.  Why, then, would anyone want to buy if the current owners actually decide to sell? Unless it’s Amazon seeking more warehouse space.