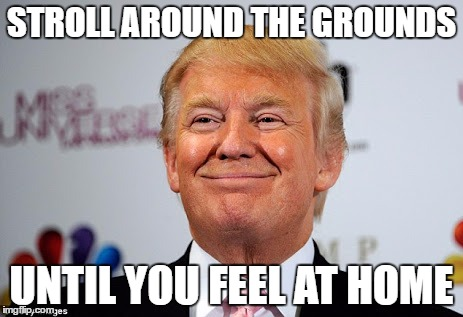 
It’s sad to contemplate. But the day may come that Ruth Bader Ginsburg will nod off during deliberations or oral arguments and never awaken. Sure hope not. But it’s possible.


And if she does, the balance of the court will move even further to the right than it did when the sneak Gorsuch replaced the Jolly Pirate Scalia. (The swearing in is today.)
At that point you can write off the US Supreme Court as not only writing opinions in tongues but also thinking in tongues.


Ginsburg is sound of mind, right on most issues and plays well with other justices.


With Gorsuch, at least Coke Can Clarence has someone to not talk to and they can have play dates after work each Friday.


Oh. And we get another “pro life” guy who puts law ahead of life and thinks people should freeze to death because driving freight trucks is a choice and the drivers should have to live with it. Even if they’re snowbound and their trailer breaks down and they detach the tractor part and head for the warmth of a 7-11.


But the Supreme Follies are just a symptom of the times and in a way, liberating, though not as liberating as our so-called president.


You may not realize it but the Tweeter-in-Chief also is therapist-in-chief, conducting mass psychological therapy sessions that many Americans badly need.


And don’t worry about health insurance. Your sessions (!)  are covered even if some cement head from Kentucky or Wisconsin snatches away your health insurance because sickness is a choice and you have to live with it.


The Twitter therapy king gets you on the couch and uses everything from fairy tales and promises to regulating you while deregulating his business to train you to not care.


And not caring is liberating.  Take that from one who has pretended it for 75 years and has now actually started to practice it with the president’s winning combination of shock therapy and behavior modification.

GRAPESHOT:
-Hang on, Notorious RBG, we need you now more than ever.


-The children on SCOTUS need a mommy or daddy, else they are urchins run wild.


-The infant in the White House is what happens when you spare the rod and spoil the child.


SHRAPNEL:
--Some enterprising pharmaceutical company will soon come up with a new wonder drug.  It won’t cure anything.  But it will have all the side effects the lawyers have come to know and love.


--A musician heading from Washington DC to Chicago bought an extra seat for his cello but was kicked off the flight because American Airlines people said it’s a safety hazard.  Few cellos are weapons of mass destruction.  Violins, banjos, autoharps accordions and clarinets are another matter entirely.