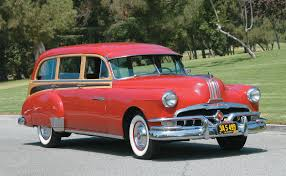 No, kids, we aren’t.  If you expected to know today who won the presidential election, too bad.  There is one source that says we’ve arrived at the end of a highway badly in need of an infrastructure upgrade.  But that source is donald trump.  He declared victory at about 2:30 this morning.  This is not a reliable source.

Well, that’s not exactly true. In a way he is a reliable source. You can rely on him to lie to you. But -- as always with trump -- there’s a catch.  Just because he lies don’t mean you can tell the truth by reversing the lie.

Lie reversal used to be more reliable than it has become in the chaotic world we’ve developed.  Here’s an example of the Old School Method:

Someone tells you the earth is flat.  You can be pretty sure that if you turn that on its head you’ll know the truth. It’s pretty easy to fact check.  If someone tells you 42nd St. runs north to south, you can reverse it and know the truth. They even have maps for that sort of thing, oh and Hubble Telescope pictures that pretty well prove that all the planets in eye shot are some version of round including this one.

But there he was at 2:30 in the morning telling all who would listen that he won a second term.  CBS News was the first to put up a denial graphic.  Others followed. Fox’s Chris Wallace was quick to brand the statement a lie by saying the circumstances are a field of dry hay and the president just threw a match on it.

It remains possible that Biden will win.  But we were both hoping for and expecting a landslide, a crushing decisiveness that couldn’t be disputed.  Not happening.

What is happening -- quietly -- seems to be the coronation of Prince Pence.  The senate seems to have divided so evenly that the Vice president will be casting a lot of tie-breaking votes. This puts the meat grinder firmly in charge of the henhouse.  Republicans do not favor or practice humane slaughter.

Moscow Mitch won reelection.  He can take a years-long vacation and do nothing but spend his wife’s money and show up only when the Prince demands it.