4660 Election Notes from All Over 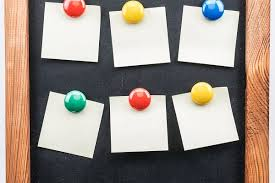 Tomorrow you vote if you want to and already haven’t. Mail-in ballots abound as they never have before. Counting them is tough.  We won’t likely have a firm result on Wednesday morning.  And even if we do, we’ll have to ask a question we’ve never had to ask before: will those results stick or will there be endless recounts and court fights and catfights?  The UHauls are already parked at the loading docks of law offices throughout the land.

Temp workers have their assignments, hefting thousands of bankers’ boxes of paper onto them.  Judges are cancelling long-held vacation plans to be in on the juicy cases-in-waiting.

The Supremes are having spaces cleared in their storage rooms.

Court functionaries are preparing their grand jury summonses. The ball is -- or will be -- in your court.

(HOUSTON) -- They opened polls early here.  A day early. And early in the morning.  In Houston, folks.  Overnight.  In Houston, one of the big cities in the South where they don’t try to discourage you from voting because it’s obvious you’re not going to vote to reelect the pseudopresident.

(THE REST OF THE SOUTH) -- They wait until daylight. And until election day.  And it has to be light enough so the cops who are tasked with enforcing lawfulness can identify latent rioters at a distance by skin color and make sure peaceful demonstrators have and obey permits.  Oh, wait. You don’t have a permit, the four of you?  Bring out the fire hoses and the teargas and the Tasers.  And the rottweilers. Let’s not forget the rottweilers.

(FAYETTEVILLE NC) -- A chapter of a secret society, Libtards With Guns, will patrol the lines at polling places.  They will be unusually visible, riding in their blue Buzzaround Mobility Scooters, wearing blue baseball caps that say LWG and  ready so when Future Fuhrers of America come around to intimidate voters, they can intimidate back.

(OPA LOCKA FL) -- At a rally this morning, trump threatened to fire Fauci. This morning?  Yes. Like his poll numbers, the president was running behind for a Sunday night event.

Here are some things we’ve learned over the past and seemingly endless campaign:

Republicans of Honor: They still exist but live in shadows.  They have legitimate points.  They have become cries in the wilderness.

The Rest of them: The Republicans we most hear from have become the babysitters of a nation that has put itself in prison without trial.  They have in their nymphomaniac lust for reelection and change for the worst put themselves squarely in service of a President, a flag waving, flag-wrapped parody of a human being who with every breath tries to destroy the America we have built together over the past 70 or so years.

The Obliteration of Truth: Facts have become matters of choice not a shield against lies.  Here’s my favorite example, the tax cuts.  They are temporary.  If you read the law, you will find that your taxes will rise over the next several years.  That’s right. The trump tax cuts are temporary.  And the only people who will benefit from them are the people who least need it.

--We don’t have a vaccine for COVID 19 and won’t any time soon.  When we do, the lineup for a shot will stretch from the White House to the moon.  JFK’s space program did not mean for us to walk there.

--Climate change is real.  We can’t blame it all on nature.  We have been taught to believe we humans have no part in creating it and no responsibility to undo that damage we have done.

--You are taught to think like you’re a cow that is being over-milked by people with dark skin.  And that cow is the only thing vaguely female that the white male supremacists of the trump administration have any use for, except the two legged humans with private parts to grab.

--The media are the enemy of the people.

--They’re coming for your guns.

--Abortion is murder and murder is a sin except in the name of white male supremacy and in the conquest of land patches with verified oil reserves.

My friends, you have become bah-bah bad sheep, not even worthy enough to provide decent wool for the mills of China, India and Bangladesh where every rag on your back comes from.

You have allowed myth to replace ambition and ambition to replace common sense.  You have thrown out Webster’s -- years in the weakening -- to make words represent concepts that change with the whims of the Orwellian two legged pigs you’ve installed in the halls of power.

Freedom, Liberty, Justice for All?  These always have been myths.  But nations great and small live on their myths and can turn them into aspirations and with steady and long term work into reality.

Tomorrow’s elections won’t undo the damage. But it is a first step on a long road back. Or more accurately, a long road to making our myths into reality.

You don’t have to be a side effect.