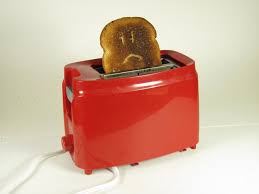 It’s America and we think big.  Especially when it comes to exports.  But are our exports better than our imports?  That’s hard to tell. How about stuff we make to sell domestically?  Also a tough question.

Let’s first talk about big stuff.  Cars, for instance. Imported brand cars for most part have a good reputation here even those assembled here.  You don’t hear a lot of grousing about cars from or of Japan.

Germany has fallen on harder times.  A lot of their fancy brands are so technically advanced that no one knows how to keep them working and so they don’t keep working.

Sweden?  Only Volvo is left.  They’re made by Geely, a company based in China.  Are they the boring safes-on-wheels they once were?  More or less, yes.  Are they going to spawn a breed of million-plus-mile drivers as in the past?  Doubtful.  Some say they haven’t made a decent car since the mid-1980s.

Now for our big stuff overseas.  Is a Ford built in or sent to China any more reliable than the one you bought down the street last month?  There’s no easily accessed data.  They’re probably about the same.

Little stuff:  that’s what you can call most of what we import. Small appliances, shoes, clothing.  What comes in from China and India and Indonesia and Honduras is usually decent.  And cheap because people in those countries have never had a chance to even dream of an income in or anywhere close to USD-three figures.

Plus, not much can go wrong with a t-shirt or a toaster.

But the big question hovering under all this is: Do our exports hold up well overseas?  And yes, in the world of trade and finance in general, hover-under can happen.

Most of what we sell abroad we sell to governments and royal families.  And much of it is weaponry.  One example: the White House wants to sell Lockheed- Martin F-35 Stealth Fighter jets to the United Arab Emirates, a country with a little more than the population of New York City if you include Nassau or Westchester or Bergen Counties.

We’re not in a position to assess whether they need sophisticated war planes over there.  But we can at least ask if they’ll work as well as the ones our Navy and Marine Corps own.

Say you’re in Dubai. You call customer service because your F-35 won’t start when the temperature drops to a typical December low of 80 degrees.

How tall is the phone tree of items the caller must wade through to get to speak with a live body?

“You have reached the F-35 Customer Care Helpline.  Our offices are open Monday through Friday from 6 am to midnight, Pacific Standard Time. Please call back during regular business hours.  Thank you for choosing Lockheed-Martin.”

I’m sure -- sorta sure -- it wouldn’t be like that. But just imagine if it could be.  The folks in the UAE would instantly be looking on the internet for their nearest Russian MIG dealer.

The Russian defense contractors may have longer hours in more convenient time zones.  But you have to wonder if their Customer Satisfaction Specialists know which way is up when you have your hand on the throttle. At least in Fort Worth where they build the F-35, the customer service person can say “Push the stick toward the window and you should gain altitude.”

Any Questions?  Your email is very important to us…