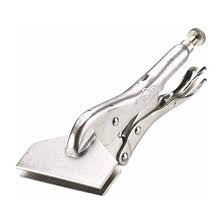 Computerized remote learning is only one way to make college tough on students and faculty alike. But roadblocks have always been common.  Here’s one we first looked at in November of 2010.

Maybe it's necessary, but maybe not.  Two self appointed agencies have become the writing police for today's college students.  After four years of the American Psychological Association or the Modern Language Association putting prose in a vise or straight jacket, it's no wonder today's grads can't write.  If they could beforehand, they can't now.

These are the enforcers, the knee-cappers, knuckle dragging, neck-less guys in black suits and when a real writer sees them coming, he or she will quiver and acquiesce if he's looking to get a decent grade in a college course.

Okay, there are some things that need enforcement and conformity.   Like the way a writer uses references, and the way one uses quotations and the way he structures a paper or paragraph.  After that stuff, who cares?  Let's look at some of the stupidest of the stupid.

THE CULT OF THE ACTIVE VOICE:   Cornell Professor Will Strunk started it at a time when American English was more florid and confusing than clear.  His teachings included using small and common words, simple declarative sentences and deflated phrases. That's still good general advice, as it was then.

Later, E.B. White played St. Paul to Strunk's Jesus and began spreading and enlarging The Word via “The Elements of Style.”  The Associated Press, United Press and, particularly International News Service (now the "I" in "UPI,") became the missionaries.

Active voice now is the APA and MLA law.  But when the object of a sentence is more important than the subject, the passive voice is appropriate.  In cases like this, the active voice is forced, distracting and irrelevant.  Try to tell that to your professor.

RUN-ONS AND FRAGMENTS:  An artful writer can produce an effective run-on sentence or a sentence fragment.  Either "violation" can break the numbing monotony of the academic template.  If you don't think it's possible, check out Jimmy Breslin or Hemingway.

Contractions, say the automated APA computerized paper-reading programs, are "inappropriate to academic writing."   But sprinkling some contractions in a paper can help a reader's comprehension.  And it humanizes the text.

ME MYSELF AND I: And then, there's writing in the first person, advocated by both enforcement groups. Both branches of the Word Police suggest it over the third person.  If you're Warren Buffet talking about stocks or Charles Schumer talking about legislation or Stephen Hawking talking about cosmology, sure.  But if you aren't, first person-isms are somewhere on the scale between pretentious and gauche.

It's impossible to know for sure, but it's likely Strunk didn't want his work cryogenized.  But even if he and others like him did (George Orwell, Edwin Newman and William Safire for examples,) he might look at the silly robotizing and homogenization the Word Police have imposed, urge caution and decreased zealousness and conformity that distracts both from writing and reading.  Weave a straitjacket on the writer and both he or she and the reader are, well, straitjacketed.

Can you imagine if this stuff got carried over into real life?  Here's a cop talking to a motorist he pulled over:  "Ma’am, may I see your driver’s license, registration and insurance information as stated in State Law 3502 B of 1967, paragraph 23.601, subsection 672D?"  Motorist:  "Yes, sir, but first you are to be cautioned that as reported by myself, Jezebel. M. Motorist, there is a 9mm Glock in the glove compartment where the insurance card is situated, along with a carry permit for the weapon.  As recommended by Police Procedure Code 23,123, I suggest that you open the passenger side door.  And then it can be fished out by yourself."  The cop replies "Ma’am, I am citing you for using the passive voice and starting a sentence with a conjunction."